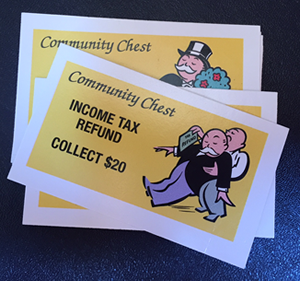 Meta Financial Group’s heavy investment in the tax refund space is paying dividends, with the company’s MetaBank subsidiary originating a record $1.26 billion in interest-free tax advance loans between Dec. 12, 2016, and Feb. 28, 2017—up from less than $100 million in advance loans during last year’s tax season, according to the parent company. Of that total, $686 million in loans were sold to Meta’s bank partners and $576 million were retained.

Along with record-breaking loan volumes, MetaBank Chairman and CEO J. Tyler Haahr highlighted successful integration of Specialty Consumer Services (SCS) and its credit underwriting platform into Meta’s existing business model. “The infrastructure that we built performed extremely well this tax season and we believe MetaBank is well-positioned to originate significantly more volume in the future,” Haahr said in a release.

Meta completed the acquisition of Texas-based SCS in December 2016, purchasing the company for $7.5 million in cash and the issuance of some 113,000 shares of Meta Financial Group stock to SCS investors. SCS provides technology, underwriting and consulting services to national tax return preparation companies and helps craft no-fee, refund-advance products.

The acquisition was Meta’s latest in a series of moves to beef up its tax refund and advance loan business, following the October 2016 purchase of EPS Financial, which sells tax-related financial transaction products, for $42.5 million. And in 2015, Meta shelled out $50 million to acquire Fort Knox Financial Services Corp., a provider of professional tax refund-transfer software used by independent tax companies in more than 10,000 U.S. locations through its Refund Advantage brand.