gpi, a new scheme that promises to deliver greater speed, transparency and end to end tracking in international payments, was first announced by Swift at its annual Sibos conference in 2015.

A number of milestones were unveiled the following year at Sibos in Geneva. By then, more than 70 correspondent banks had signed up to the gpi.

“Numerous additional banks” will join the gpi initiative in the coming months.

“A year ago the global financial community pledged to dramatically improve the cross-border payments experience, and today marks a major milestone in delivering on that promise,” states Christian Sarafidis, chief marketing officer at Swift.

gpi’s features include the Tracker, which “allows banks to provide corporate treasurers with a real-time, end-to-end view on the status of their payments, including confirmations when payments have been credited to beneficiaries’ accounts; and the Observer, a quality assurance tool that monitors participants’ adherence to the gpi business rules.

“Treasurers also now have certainty that remittance information, such as invoice references, are transferred unaltered to the beneficiary,” Swift states.

The design of the next phase of gpi is already underway, according to Swift. It focuses on digital capabilities and further enhancements such as “a rich payment data service”.

Words from the wise

At a media briefing at the Corn Exchange in London today (16 February), Swift elaborated on its gpi.

Harry Newman, head of market initiatives EMEA at Swift, calls gpi the “largest innovation in the last 30 years in correspondent banking” and that 12 banks are live on it. 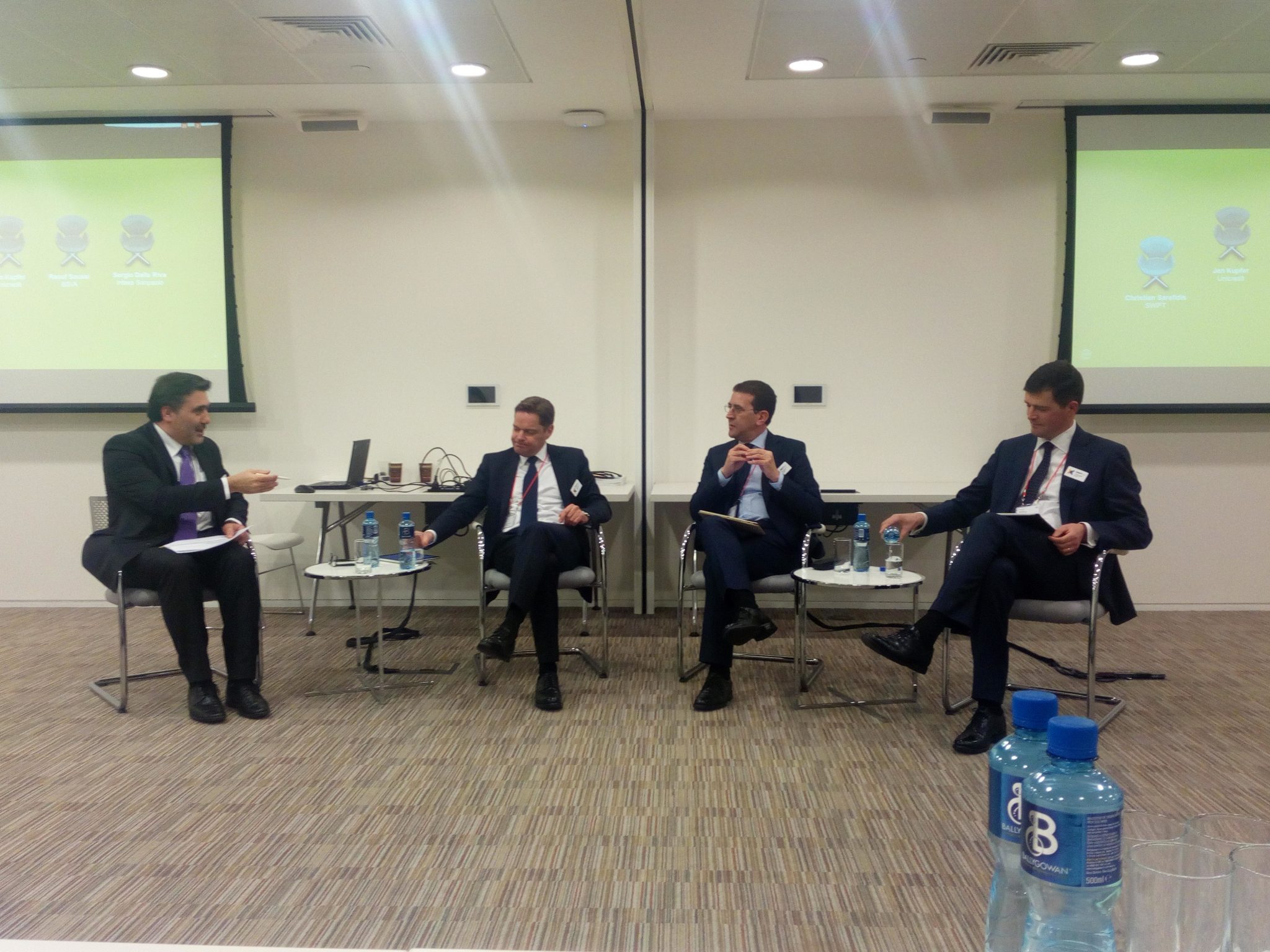 At the media briefing

Swift’s plan is to roll out gpi to “thousands” of banks but Newman wouldn’t give a timeline on how many can or will come onboard at set times. However, while it has 60+ country corridors now, the ambition is for all countries to be live by the end of year.

When the banks were asked about how they can reach a critical mass of data and adopters, Soussi believes that “pressure will play a part”, while for Dalla Riva his “short answer” is to “talk about it”. By explaining the business case, this will drive adoption.

Dalla Riva adds that the “designs of the next step are crucial”.