SolarisBank raises €26m in funding round 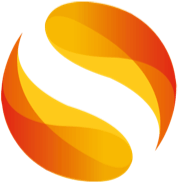 Berlin-based SolarisBank has raised €26.3 million in its series A funding round as it targets European expansion, according to a “confidential source that’s close with the company”.

The official press release is expected in the next two weeks, where Solaris will announce its new partners, as well as the products available for these partner companies.

Banking Technology contacted Solaris about the source’s comments and received the standard reply.

Philipp Blankenagel, head of communications, says: “We cannot confirm the mentioned details. We are in an ongoing process, on which we are not commenting at this point in time. The information currently being spread is not correct.”

According to the source, Solaris will use the money for marketing and expanding across Europe as it looks to offer its Banking as a Platform (BaaP) service to more firms.

The funding round was disclosed to all employees at a company-wide broadcast two weeks ago at their office in Berlin by the company’s board member Marko Wenthin. Solaris has 94 employees to date and is further growing its team with three hires per week, on average for the past four months.

Another fintech publication has published this story calling it an “exclusive”. That is incorrect as we also have received the email from the source.

This story was updated on 14 March 2017 to include new information from Solaris.