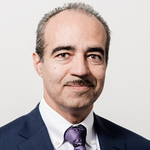 Avaloq has reported increases in its revenue and earnings for the 2016 fiscal year – with three new customers and 28 go-live projects completed.

The company says it “enjoyed strong cash flows” with net cash provided by operating activities increasing by 100% to CHF 62 million ($61.6 million) and an 8% year over year increase in cash on hand to CHF 63 million ($62.6 million).

Francisco Fernandez, CEO of Avaloq, says it has “largely completed” its transformation from a “pure play software company to an integrated service provider” and now wants to make “further progress” on its path to “capital-market readiness”.

It says implementation projects remained high, with 28 “successful” go-lives throughout the year. These included the migration of HSBC Private Bank, Crestone and Maybank Private Wealth to the Avaloq Banking Suite.

Furthermore, Deutsche Apotheker- und Ärztebank (apoBank) and Avaloq have signed a contract for a “project to evaluate future co-operation”.

Avaloq is one of the very few large banking technology companies remaining in the hands of its founders. Talks about Avaloq’s possible sale have surfaced a number of times over the last decade, but the company continues to be privately owned today.

“We do not comment on any rumours,” Avaloq’s spokesperson told Banking Technology. “We continue to consequently execute our clearly defined growth strategy.”