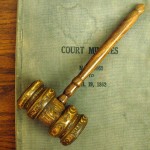 On Feb. 1, a panel of the Eighth Circuit Court of Appeals remanded a class action settlement involving retail giant Target Corp. to the district court. The issue on remand is the district court’s analysis and determinations with respect to the certification of the settlement class.

The underlying case stems from a Target data breach that resulted in numerous consumer complaints against the retailer, including complaints from consumers that could not prove they suffered an actual loss. These latter claims appear to have been a chief concern of the Eighth Circuit in ultimately deciding to remand the case. In particular, the Eighth Circuit appears to have been concerned that the district court failed to consider objections that the settlement it was approving did not provide any compensation for class members that had not shown any monetary loss, while still requiring these members to release Target from liability.

The case creates new issues surrounding standing and how to resolve and settle class action claims in the context of privacy and data protection suits, where some members of a group have not suffered concrete harm and thus may not be able to meet the concrete and particularized injury prong of the test for standing. The case could create difficulties for district courts in determining class membership as including members with no particularized harm in a class settlement could lead to accusations that the class membership and award are being diluted.