2017: the year fintech shifts its focus to Africa 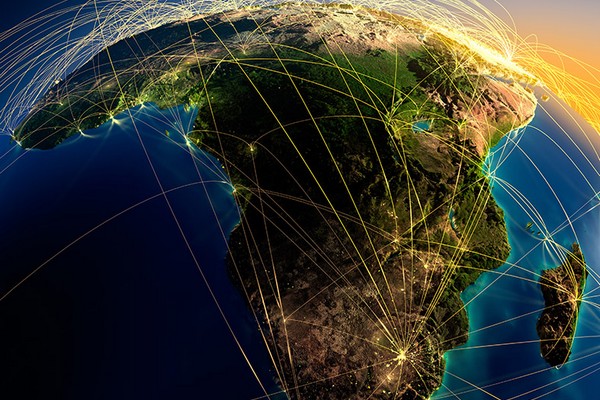 2017: the year fintech shifts its focus to Africa

In many cases, fintech’s rapid growth can be attributed to the industry’s widespread adoption and innovation in developed, Western countries. But to continue on its growth path – including a projected compound annual growth rate of 54% through 2020 – fintech businesses have been increasingly developing strategies to target emerging markets.

In particular, Africa is becoming a very interesting fintech innovation hub (in particular South Africa, Nigeria and Egypt). As much as 80% of the continent is unbanked, opening the door to a breadth of opportunities for fintech companies to seize market share. In fact, companies in the fintech space received almost 30% of all funding for African tech businesses and this number shows no signs of slowing down.

Following are several reasons fintech will likely shift its focus to Africa in 2017 and beyond.

In addition to 80% of Africa being unbanked, up to 90% of retail payments are made using cash. When compared to Europe, the difference is staggering, as more than 50% of the payments in most European countries are electronic.

The lack of banking and electronic transaction infrastructure in place at this time opens the door for fintech businesses to provide financial services to millions of consumers who previously haven’t had access to bank accounts or other financial institutions.

African fintech solutions and services will look completely different from their Western counterparts and will play a major role in creating sustainable economic growth across the continent.

Mobile adoption is on the rise

With such a high percentage of the African public unbanked, chances are some countries in the continent will skip an entire generation of payments – such as traditional credit cards. Because most countries in Africa have never built out the traditional card payment infrastructure (i.e. Visa and MasterCard), there is a significant opportunity for fintech companies to step in and create a completely new ecosystem that maybe even avoids card payments all together, and instead leverage a different infrastructure such as mobile phones as a payment device as we have already seen in Kenya with M-Pesa.

While Africa might be behind the curve when it comes to bank account penetration, it’s right up there with developed countries when it comes to mobile adoption. In fact, today mobile phones are as common in South Africa and Nigeria as they are in the US, with 89% of adults in each country owning mobile phones. Of those who have mobile phones, only 30% make or receive payments via mobile devices, but this offers an opportunity for fintech companies – both in Africa and globally – to build out new mobile payments solutions in the region.

The reason most fintech companies tend to ignore these “difficult” countries is because the amount of innovation required is immense – it is much harder to build a fintech presence in Africa where infrastructure is non-existent versus in the US where fintech companies can plug into existing providers and simply build a user-friendly interface on top.

As fintech companies look to target Africa and other emerging markets, an important consideration is there’s no one-size-fits-all strategy. Each fintech solution – including mobile payments, cross-border payments and more – needs to be adjusted to meet each country’s needs. What works in Kenya, for example, won’t necessarily work in Ghana. If fintech companies keep this in mind, they can be one step closer to success in Africa and other emerging markets in 2017 and beyond.

By Tomas Likar, vice-president of strategy and business development at Hyperwallet