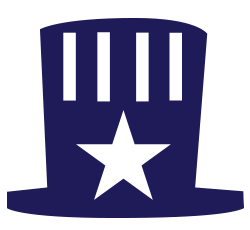 The federal government wants the public’s help in securing the Internet of Things, an invitation backed by a $25,000 top prize and which comes amid concerns that 2017 will bring a large-scale breach in the emerging Web-connected infrastructure.

The Federal Trade Commission this week challenged “the public to create an innovative tool that will protect consumers from security vulnerabilities in the software of home devices connected to the Internet of Things.” The agency will accept submissions from March 1 until May 22. The 20 best ideas will advance to a final round of judging, with awards going to a winner and up to three honorable mentions, each worth $3,000. The fives judges include academics, an industry executive and a Department of Commerce smart grid official. The agency will announce winners on or about July 27. Full details and rules are available at ftc.gov/IoTHomeInspector.

“An ideal tool might be a physical device that the consumer can add to his or her home network that would check and install updates for other IoT devices on that home network, or it might be an app or cloud-based service, or a dashboard or other user interface,” the FTC said. “Contestants also have the option of adding features such as those that would address hard-coded, factory default or easy-to-guess passwords.”

The call for help is part of a larger FTC push to boost IoT security,  to protect homes, cars, security systems and other objects connected to the Web, allowing control from afar and, ideally, the collection of data to help improve daily life and efficiency. Some top-level printers, for instance, already order their own ink cartridges, and refrigerators have technology to enable purchases. The spread of such technology led Federal Trade Commission Chair Edith Ramirez last year to call on Congress to craft laws to protect consumer security and privacy as the IoT—already backed by heavyweights such as Amazon and Google—continues to attract more users.

Numerous analysts and research firms, often in their 2017 prediction lists, said they worry that it’s only a matter of time before cybercriminals turn serious focus to IoT, through which they can gain access to sensitive consumer and payment data. Forrester Research, for instance, anticipates a “large-scale IoT security breach” in 2017. “The areas where IoT has been rapidly adopted are the most vulnerable, e.g., fleet management in transportation, security and surveillance applications in government, inventory and warehouse management applications in retail, and industrial asset management in primary manufacturing,” Forrester said.