Fintech zeitgeist! Welcome to the second in a new series of brief reports. Every Monday, we might look back at last week; look ahead to this week; share a few thoughts (our own or others); or discuss anything that catches our eye. Anything goes, so here goes.

Last week I was in Hong Kong, but that region has probably been discussed enough for the moment. As part of that trip there was the 2017 StartmeupHK Festival, which produced a few interesting points from a presentation and a panel discussion.

“My tip is to be kind to your robot.”

This was the advice from Brett King, CEO of Moven and a familiar face on the fintech speakers’ circuit.

In an entertaining talk on the future, King says artificial intelligence (AI) will be the number one disruptor over the next decade and by 2035 robots will outnumber humans.

If people in the audience had any notions of superiority this was quickly dispelled. King says: “We believe humans give better advice than machines, but machines can learn faster and will be able to outperform us quicker.”

He cited IBM Watson’s accuracy and how it is fifteen times safer to use a selfie than a human to check the opening of a bank account.

With a nod to the political concerns of some in Europe, King says: “If you don’t like immigrants taking your jobs – you will like robots less. By 2025, every leading company will be tech first. Not fintech, but techfin.”

These kinds of predictions throw up numerous scenarios, which are usually fun… and usually wrong. Has any science fiction writer predicted the future correctly? No one ever foresaw the internet, mobile phones, cyberbullying or the vacuous inanity of Twitter. 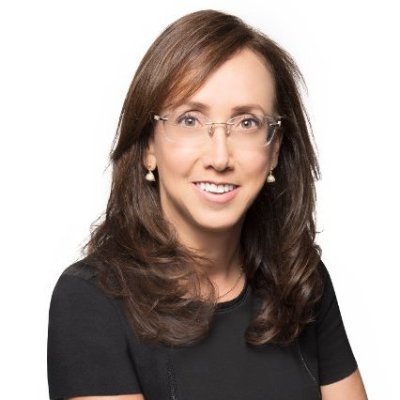 From the future, to the now. The fintech scene in Israel is proving to be lively, intense and one for great discussion.

Karin Mayer Rubinstein, CEO of IATI (Israel Advanced Technology Industries), pulled no punches and delivered no jargon. If only every panel was like this.

Perhaps the patriotism was too much at times, but she says part of the nation’s success is the military training up entrepreneurs. Banking Technology recently reported on cybersecurity firm Team8 and its founders – all former members of the Israeli Defence Forces (IDF).

Rubinstein says: “No one is sure of the reasons [for our success] and how it happened. We have a strong entrepreneurial spirit and the strong DNA of our people. We hardly sleep, eat and drink.” The last sentence could refer to fintech journalists.

She says: “We are the only democracy in the Middle East and we are always on high alert due to the enemies around us”. This being on the edge gives them the edge. It probably annoyed some people. Good.

The moderator never really challenged her on quite a few points – such as “by nature we are risk takers” or “our ecosystem is unified and unique”. Perhaps he was afraid or merely an ardent supporter.

Israel is doing very well, but so are London, Berlin, New York, Toronto, Singapore and Hong Kong. Each offers something different in their regions – Europe, North America and Asia. But in the Middle East, Israel is way ahead and that doesn’t look like changing any time soon.

Interested in contributing to our Monday Mindset? Get in touch with our editorial team.