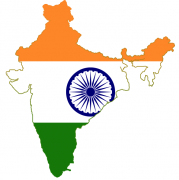 The Institute for Development and Research in Banking Technology (IDRBT), set up by the Reserve Bank of India (RBI), has recently issued a whitepaper, “Applications of Blockchain Technology to Banking and Financial Sector in India”. Soumik Roy, Banking Technology’s editorial contributor in India, summarises the report and highlights the key findings.

In this paper, academicians, bankers, regulators, and technology partners weigh in on the different aspects of blockchain technology (also referred to as distributed ledger technology or DLT), to make the subject more accessible and digestible.

Several advantages of blockchain technology, such as cost savings, efficiency, and transparency have been highlighted, without drawing much attention to its drawbacks. This might suggest that the IDBRT is fairly positive about the potential benefits that can accrue from using this technology on a national scale in the not too distant future.

Next, the report quickly examines the use of blockchain in conventional applications such as digital currencies, trade finance, cross-border payments, FX trading and moves on to study how it positively impacts supply chain financing at IBM, and how it might tighten the noose on money launderers with better anti-money laundering (AML) and know your client (KYC) processes.

During the course of its investigation, it also has stumbled upon an innovative method to monitor financial transactions of consortium loans to prevent disruption of funds using DLT – if implemented soon, this could be the quick victory that DLT needs, to win a vote of confidence in the Indian banking and financial services industry.

Security, privacy and scalability aspects of blockchain systems are discussed in great detail in the report. However, the bulk of the information attempts to explain concepts in simple language, and addresses misguided fears about DLT caused by poorly written literature.

The report ends on a positive note and lays out a roadmap for the adoption of DLT by Indian banks. To banks, it suggests the creation of a private blockchain to get started with developing the infrastructure it needs. To the banking community, it recommends further exploration of DLT in relation to developing a centralised KYC repository, cross-border payments, syndication of loans, trade finance, and capital markets. To the central bank, it advocates initiating steps to digitising the Indian rupee, in line with initiatives currently being undertaken by other central banks around the world.

The IDBRT also partnered with the National Payments Corporation of India (NPCI) and a number of banks to build a trade finance application to test a proof-of-concept (PoC) of blockchains. Detailed in the annexure to the report, the PoC studies the feasibility of using DLT for two cases that highlight banking and consumer interaction: domestic trade finance with a sight letter of credit, and enhanced information payments.

Some banks in India are already ahead of the curve. Banking Technology reported in October last year about ICICI Bank’s partnership with Infosys to develop a blockchain-based international trade finance system. More recently, Axis Bank also jumped on the bandwagon, as it partnered with Ripple become the first bank in India to use a blockchain network for cross-border payments.