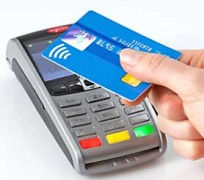 According to the UK Cards Association, a trade body for the country’s card payments industry, a quarter of all card transactions are now made via contactless in the UK.

325 million purchases, altogether worth £2.9 billion, were made using contactless debit and credit cards in November 2016. They account for 25% of all card payments made that month.

In November 2015, 11% of card transactions were contactless, so this is a significant increase.

Nine in ten (88%) contactless transactions were made using a debit card.

The average contactless transaction was £8.95.

According to the UK Cards Association, there are now 101.8 million contactless debit and credit cards in circulation in the UK.

Richard Koch, head of policy at the UK Cards Association, comments: “With 125 taps every second in the UK, it’s clear that people are opting for contactless when they are at the till. No longer is it just for the lunchtime sandwich, consumers are using their contactless cards wherever they go – for the grocery shop, in clothes stores, and, increasingly, for the commute too.”

Last year, the association reported that spending on UK contactless cards in H1 2016 alone outstripped contactless spending for the whole of 2015.