New venture Motive Partners plans to invest in fintech firms in the UK and US. 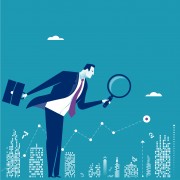 According to its Form D filed with the Securities and Exchange Commission (SEC) in the US, Motive Partners looks to raise $150 million.

“Our mission is to back and build the next generation of financial technology businesses to transform markets, models and society,” the company states on its website.

Among its founders Alastair Lukies, chairman of Innovate Finance. He says Motive Partners is “dedicated to playing a meaningful role in enabling the seismic shift in the way society interacts with its finances”.

Other key executives include: