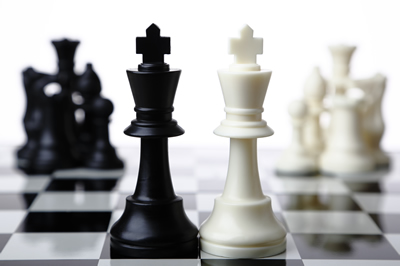 It’s official: Green Dot will spend at least $167 million to buy UniRush, a move that marks the latest—and perhaps one of the last—major acquisitions among prepaid card providers. The deal gives Green Dot control of the popular RushCard and a strong foothold in the payroll card market.

Rumors had circulated for days about the purchase, which was confirmed late Monday, and which Green Dot expects to close by March 31. UniRush, the company co-founded by hip-hop mogul Russell Simmons and which issues the RushCard GPR product, will cost Green Dot a base price of $147 million. Green Dot also will pay a minimum of $20 million in annual earn-out payments, spread out over the next five years. Accounting for tax benefits, Green Dot said it expects the net cost of the acquisition to be $123 million.

Among the appeals of the acquisition is that Green Dot now will have a strong presence in the payroll card business. That’s because about two years ago UniRush bought the rapid! PayCard business from WEX Inc., giving UniRush control of one of the largest payroll card providers in the U.S. That program serves more than 2,500 corporate clients, according to Green Dot, which expects to be among the top five corporate payroll card providers in the U.S. upon completion of the acquisition.

Including RushCard, those two programs will add some 750,000 new active cardholders to Green Dot’s ledger. When the deal closes, RushCard “will be consolidated into the Green Dot Direct division that houses such units as GreenDot.com, WalmartMoneyCard.com and GoBank.com, according to the announcement. Green Dot said it will provide further details of the deal and its financial impacts during its Feb. 22 conference call to discuss Q4 earnings. Unconfirmed is exactly what role UniRush CEO Ron Hynes will have, though he will stay with Green Dot, the companies said. “We are all looking forward to joining forces with Green Dot, and I am thrilled to be working alongside two of the pioneers of the industry in Russell Simmons and now (Green Dot CEO) Steve Streit,” Hynes said in a statement.

The deal comes amid an ongoing increase in the amount of funds U.S. consumers load onto open-loop prepaid cards. This year, that total will hit $312 million, up 4.3 percent from 2016, according to a forecast from Mercator Advisory Group. By 2019 the total will reach $341.3 million, resulting in a compound annual growth rate of 4 percent between 2014 and 2019.

The UniRush purchase follows Green Dot’s acquisition of AccountNow and AchieveCard in 2015. Outside the GPR space, Blackhawk Network has been active in expanding through acquisitions in the incentives business, while Wirecard made headlines in 2016 with its plan to buy Citi Prepaid.

That wave of major consolidation may be coming to a close. “I think this may be more of the end of the latest wave,” says Ben Jackson, director of Mercator Advisory Group’s prepaid advisory service. “Smaller programs may build themselves up into acquisition targets, but it looks like the next large deals involving prepaid would involve the acquisition of prepaid programs as part of a larger company.”