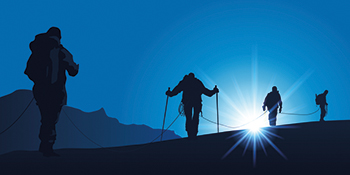 Figo has developed a banking application programming interface (API) and various products and services related to the Payment Services Directive 2 (PSD2). It is just one of the many fintech firms that are poised to grab the considerable opportunities that PSD2 opens.

New entrants, products and services are expected to result from the Directive, a revision of the original PSD that was introduced in 2007. For example, aggregation services will enable users to view all their accounts and balances through a single window and to make payments via that interface. This is made possible by the access to accounts feature of PSD2.

Figo operates a “banking as a service” platform that provides access to sources of finance, notification of services, security and customer management functionality. By integrating the figo Banking API, users can link their applications, products and services to more than 3,100 financial sources. The company says the interface is the key to a multi-banking financial platform that guarantees easy and secure handling of banking data. In addition to fintechs, banks and large companies are also using the platform.

While PSD2 represents opportunity for fintechs, there is a considerable hurdle in the form of regulation. Cornelia Schwertner, head of regulation at figo, wrote recently that fintechs in Germany are being confronted with existing licensing requirements in their start-up phase. “This, despite the fact that their strengths lie in the creative development of customer-friendly use cases and in following up on established processes, rather than the successful implementation of existing standards and rules.”

The highly-regulated nature of the banking industry is often cited as an issue for fintechs. The European Banking Authority is set to release shortly the findings of its consultation period on proposed Regulatory Technical Standards (RTS) on strong customer authentication and secure communication. RTS are considered crucial to improving consumer protection, promoting innovation and improving the security of payment services across the European Union.

Schwertner said during the consultation period market participants found themselves back in “increasingly emotional debates” over long-finalised PSD2 principles. The time used for the consultation was not used as constructively as it could have been. “No open banking fintech was founded to change the world as a non-profit organisation. PSD2 as it stands today is a first step, and a huge step, in promoting innovation in that area…”