US chip and PIN card roll-out – let’s shorten the time to process; where do I sign!

From a technology perspective, the family home has decided to rush headlong into the 21st century although by count we are a decade and a half behind everyone else. When our home was built we thought we were being extremely progressive in having a Panasonic “4 lines, 10 extensions, PBX” installed with separate lines for my wife and myself and then a line for business and yes, one dedicated line for the fax machine. Cool… but fast forward a decade and a half and with the home up for sale, we were politely advised to take out all those handsets and close the door on the PBX.

We now have satellite for all our communications with separate dishes deployed in support of television and the Internet. After three months however we are about to pull it all out and return to landlines even though its performance has been dreadful. When it actually gave us access to the internet it was spotty with speeds barely beyond snail mail. Well, satellite gives us decent speed, but only up until we use our allocation. After that, our speed is reduced to barely a crawl! As for the television channel selection well, not that impressive. With all the technology advances we have witnessed and indeed participated in throughout the past couple of decades, it would seem we have made little progress at all. 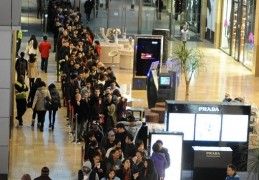 ‘Tis the season to be jolly…

With the holiday season under way, consumers are flocking to shopping centers that is, when they aren’t slumped heads down over the keyboards shopping online. With such limited access from our internet, I have spent far more time than I cared to at the shopping mall. No choice, ouch.

But here too the advances of the 21st century have once again come under sharp criticism. With all the ballyhoo surrounding the introduction of chip and PIN cards in the US, the lines have grown abnormally long. Whatever has transpired in the US, the phasing-in of chip cards, with predominantly a chip and signature protocol, has made the time it takes to complete a card transaction excruciatingly long. What is going on? Help!

Every sales clerk I have come across has apologised profusely. “We are so sorry, but it’s the same for everyone, everywhere,” I am being told time and time again.

By way of contrast, those merchants that continue to have mag stripe readers deployed can complete transactions so much faster than I am now scanning the register to see if I can swipe, not insert. So much for security, but then, who cares, when the new ways prove to be so darn slow!

And why is it just the US? My recent trip to London gave me no such problems (but I did need to know my PIN) – has the move to placate the American consumer who is wary of PINs, having way too many cards to even begin contemplating how many PINs they would have to remember, or even worse, write them on the back of each card with a Sharpie, simply backfired?

Even the process itself is confusing. It may have been over a year ago when Carolyn Belfany, senior vice-president of US product delivery for MasterCard, said in an interview to Computerworld: “It was important that consumers are given the same instructions such as not taking the card out too soon, since people are used to swiping a card and jamming it back in a pocket.” Belfany then said, “You need to leave the cards in the terminal a couple of seconds until you see instructions or hear a beep. Some terminals will have a beep or not, some will be audible, some will be onscreen and some will even have video instructions. Some will prompt for a signature and some for a PIN, so there will be those kinds of variations. Hopefully that stuff will be minimised, but we’ll still have variation.” A couple of seconds? Surely not!

I can just imagine Charlie Brown being chastised yet again by Lucie, “It’s so easy, Snoopy can do it!” It’s easy to see the friction that develops every time Charlie Brown is fooled by Lucie but generating friction between consumer and merchant was never part of the plan to move to chip and pin.

Speaking to the CSO publication earlier this year, Sami Laine, chief technologist at CloudPassage, described the design of the terminals “terrible” and “not user friendly”. Laine said: “That’s a big part of the friction. If it was designed to be obvious, it would be much easier.” Friction is not simply a matter of training customers either, he said. “The act of dipping and waiting is always inherently slower than the swipe.” Not obvious? I can second that!

On the other hand, Eric Jackson, MD, compliance services at Fidelis Cybersecurity, told CSO that “customers would already be over it if they had not been given a choice. He said it was a major mistake for the payment card industry to allow the option of chip and signature along with chip and PIN. While the terminal may take a few seconds longer to authenticate a card, “I think customers would tend to think it is quicker because they do not have to sign anything”, he said. “Decades of consumer trust in ATMs and PINs would have aided the transition,” he added. “The best way to reduce friction is to have 100% adoption and not offer the alternative. If people do not have a choice, they accept or pay cash.” I have a choice? Really!

I asked Yash Kapadia, CEO of OmniPayments Inc, a successful payments solutions provider with large customers in the US. The largest bank running OmniPayments, as a switch and in support of ATMs and POSs (12,500 ATMs, 40,000 POSs, and 40 million transactions a day with a monthly average of 700 million transactions), has given Kapadia considerable insight as to what is slowing down the transaction and causing agitation among customers. “Consumers first have to understand the type of terminal they are interacting with as many new chip card readers simply haven’t been programmed to accept chip cards – you simply cannot insert your chip card until you have checked with the cashier. Furthermore, even when the card is inserted, there is now the added step of reading and validating the chip to ensure it hasn’t been cloned.” 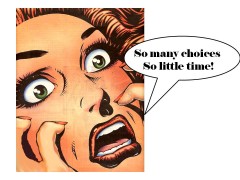 However, that is just the start of the process, according to Kapadia. “It’s not only that there is choice for consumers but there are choices to be made by merchants. There’s the option of selecting credit or debit once the card has been inserted. Of course if you select debit you are then asked for your PIN in most situations. Otherwise, if you select credit, a signature will be required at the end of the cycle and usually, this is a signature provided on the device itself but not always – paper may still be involved. When debit is chosen, there is another option for cashback and if so, how much? There is the step of validating the amount being charged by the merchant, YES or NO.” And then, depending upon the implementation, you wait for the merchant to complete their side of the transaction and produce a receipt.

“The processing resources required to process POS transactions aren’t being exhausted nor has the network been overwhelmed,” Kapadia said.

And so, here we are, providing the consumer with numerous choices and giving merchants a wide berth as to how they accommodate the consumer, only to find that it all takes time and when lines form, as they do at this time of year, frustration levels increase and many times, the consumer simply gives up and leaves the store.

Is this progress? Is this how we expected the introduction of new technology to perform? I don’t think so, but the scope of the introduction of chip cards is enormous and none of the parties involved in processing transactions wants to be an impediment to consumers spending money. After all there’s still the cash option, right?

And so it struck me. At a time when other nations are pulling bank notes from circulation – India and Venezuela come to mind – is this a reminder to everyone in the US, shopping at this time of year, that cash is not only an acceptable form of payment but clearly, a much faster way to complete a transaction! But seriously – after all, this is the 21st century.

On the other hand, if I am weighing my options and considering stepping away from my dependence on wireless even as I look to dust off the installation manuals on our PBX, is cash a bad alternative in times of high volumes and even higher expectations? Has our move to chip cards improved the lot of the consumer or is it just part of an orchestrated plan to keep the almighty greenback in circulation long after every other country has moved on?

For now, I am waiting out the rest of the holiday season before saying anything further and if cash is to make a comeback I can think of no bigger driver for its revival than the technology that is now being deployed.

But if we truly want to progress to a cashless society, c’mon, let’s just simplify the process, kill the options and drop the signature. And if campaigns to do so arise any time soon, I will be the first in line to sign!