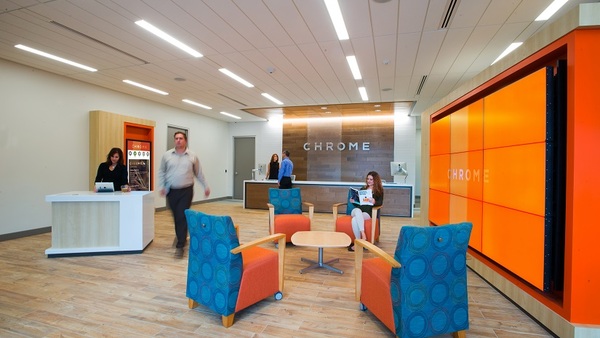 Chrome FCU: “We are redesigning the holistic digital experience for our customer”

Pennsylvania-based Chrome FCU is a small entity with 18,000 members. It plans to reach $500 million in assets by 2020 and is “in the process of transforming its business to a digital-first credit union”, according to Nymbus.

The system will be provided on a fully hosted basis. It will replace Jack Henry Symitar’s EASE legacy platform.

The credit union spent two years looking for a new core system. Christopher George, president and CEO of Chrome FCU, states that Nymbus’ SmartCore was “the only selection by far” to be able to help the credit union achieve its digital and growth ambitions.

George tells Banking Technology the credit union “looked at Fiserv and outside the industry”. Also, “our team tried to put together solutions to utilise the existing core but were unsuccessful in finding an excellent user experience,” he says.

“Until now, the only option for financial institutions had been to move from one legacy platform to another,” George explains. “Nymbus’ core banking platform is years ahead of the legacy vendors that have traditionally owned the market.”

He adds: “A critical pillar of our transformation is redesigning the holistic digital experience for our customer. The role of the branch and digital services is reversing, and we needed a trusted partner that shares our vision, creativity and urgency.”

Nymbus’ SmartCore is a brand new core banking system, brought to market in 2015. It is aimed at the domestic credit unions and community banks.

The vendor is keen to take on the well-entrenched, traditional players in the US market, such as FIS, Fiserv, Jack Henry and D+H Corporation. Co-founder and former CEO Alex Lopatine (he left the company in mid-2016) described Nymbus as “the Rebel Alliance fighting the Dark Forces of the ‘big four’ vendors”.

David Mitchell, who joined Nymbus in early 2016 as president, is currently acting CEO.

Over the last year, Nymbus has inked a number of partnerships with other fintech companies and has also made several acquisitions.

The acquisitions brought around 45 customers with legacy core solutions, and these are now in the process of converting to SmartCore, the vendor says. Three are on track to go live in Q1 2017.

The roots of the Nymbus offering stem from a sister company, Mediaspectrum Inc. This company specialises in the publishing domain and provides content management system (CMS) platforms to media moguls in the US and internationally. USA Today is among its customers.

Nymbus was co-founded by Lopatine and Scott Killoh, a co-developer and founder of the Openpages CMS (Openpages is now owned by IBM). Killoh is also chairman of Mediaspectrum.

Nymbus’ HQ is in Miami Beach.