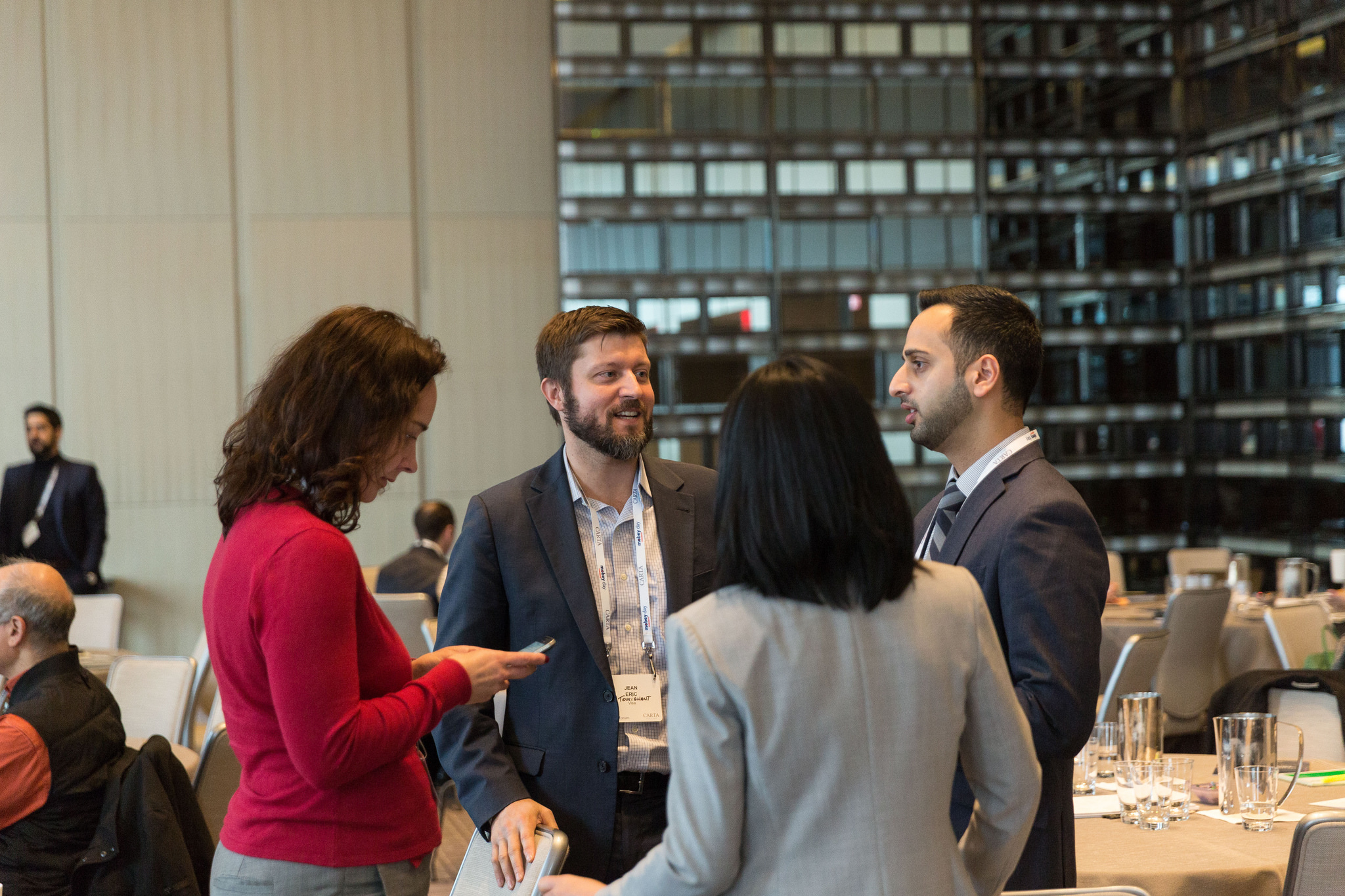 No déjà vu on day two

Don’t rage against the machine, just embrace its potential and look at the real world applications. The world of machine learning (ML) came under the spotlight on day two of Mobey Day in the great city of Toronto.

At yesterday’s (8 December) sessions at the Four Seasons Hotel, about 300 delegates enjoyed panels and presentations – all organised by Mobey Forum, a non-profit organisation to promote mobile finserv.

Our review of day one (7 December) looked at how the fintech industry is no longer as disruptive as it claims to be. Banking Technology was also given a tour of Toronto on Tuesday (6 December) by Canada’s Ministry of Economic Development and Growth (MEDG).

In the morning of day two, Pavel Abdur-Rahman at IBM gave an entertaining speech on IBM Watson and cognitive computing.

He says “for the next five to ten years, we’re in the realm of ‘augmented intelligence’” and that artificial intelligence (AI) has “still a long way to go to reach the complexity of the human brain”.

IBM has got a lot going on in this field, such as applying cognitive computing to risk and asset management, and a Watson investment assistant, which is “one to two years away” from being available.

For the latter, Abdur-Rahman says to help make better decisions the “machine can debate with you”. Great! Now I can lose more arguments to ‘people’.

It was not all about IBM, as he did say: “Google will do to AI what Apple did to the iPhone.”

Also in the morning was a fine presentation by Atakan Cetinsoy at BigML, a firm founded in January 2011; and a good panel discussion on AI and ML.

For the discussion, too much went on to mention but Robin Grosset, from AI firm MindBridge, says: “We have biases that we bring to every situation. Machines don’t.” Maybe. Theoretically, machines may bring biases in my opinion. The way they are programmed to learn could vary from country to country.

In the future, to show the true power of AI, panels and presentations could be done by a machine. And I will probably have been replaced by an algorithm (with artificial sarcasm). 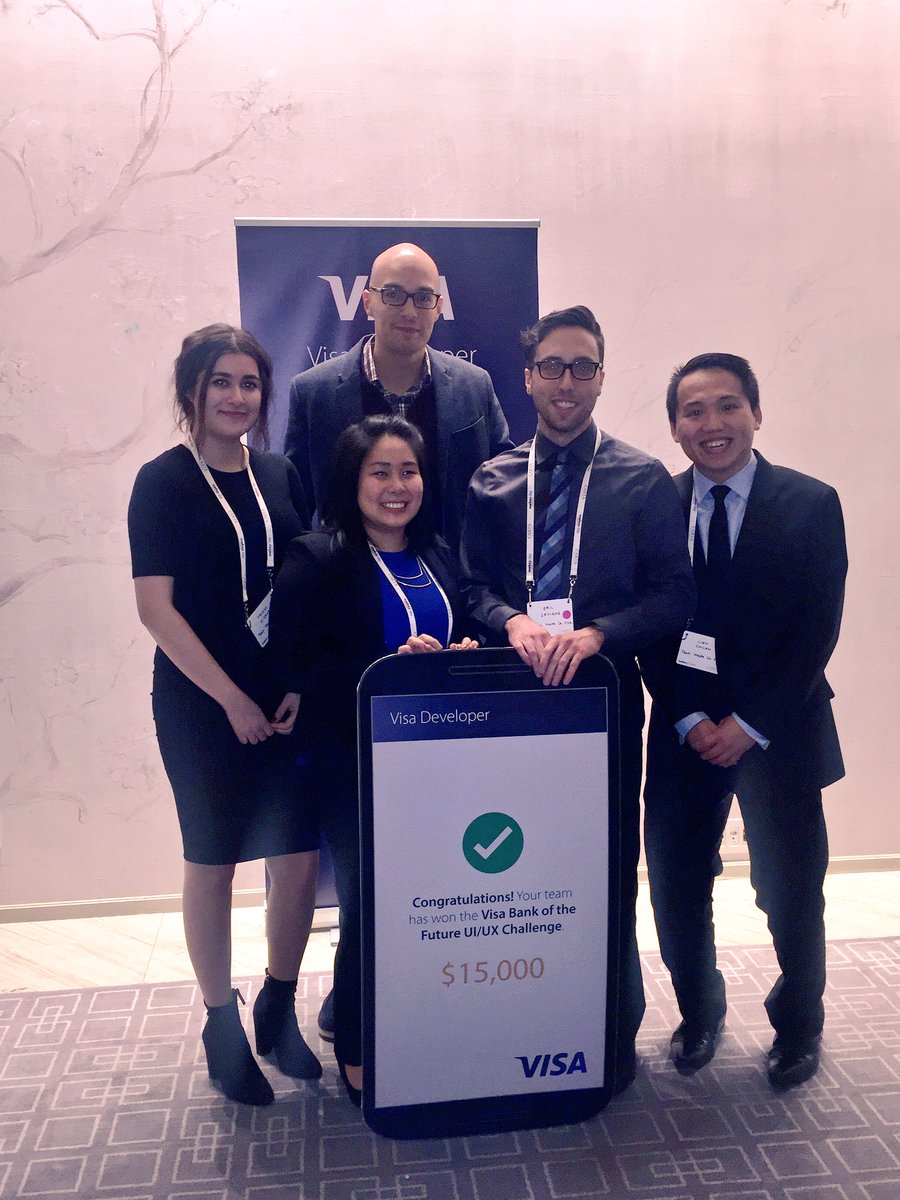 Hasta la Visa are the winners! They’ll be back

Elsewhere, there were some interesting insights on mobility and digital life; and a look at the user interface (UI) and user experience (UX).

But best to move on to Visa’s contest – “Designing the experience of the future bank”. The idea is for the teams to show how they will integrate Visa’s APIs successfully and, more importantly, commercially. The judging panel was in the room and gave its decision after lunch.

Three Canadian teams – Frictionless, Team Strip, Hasta la Visa – gave very good presentations on what they offer. This was real young talent on show, as most of them were still at university. And good news – half of them were female. Let’s be honest, the fintech industry really needs to get more diverse.

But the winner was Hasta la Visa with its “PiggyWealth” – a banking app that targets millennials. It provides investment and tax planning opportunities; and some clever spending analysis. With the victory it got $15,000 and the glory.

If teams can win on witty names alone, then Hasta la Visa would be a sure-fire hit. If their moniker is a direct nod to Arnold Schwarzenegger films, then other start-ups could go for “Get to the Chip-per”, “I’ll be Bacs”, or the slightly longer “Fintech with me if you want to live”.

The second round of Mobey Day was a bit shorter in duration, but no less interesting. In the breaks and at lunch I didn’t hear any dissenting voices. People seemed reasonably happy to network and discuss the latest issues in fintech and finserv.

The next Mobey Day is in March 2017 in Rotterdam. I might see you there. Unless we’ve all been replaced by machines.