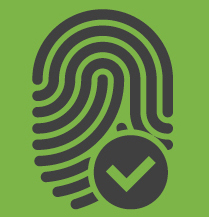 Visa hopes to spread the use of biometrics authentication by developing a mobile app that enables the use of multiple biometrics markers. The idea behind the technology, which Visa says it’s creating with BioConnect, is that if a consumer’s default biometric fails to work for some reason, the app will allow that person to use another such marker. For instance, a person’s fingers might be too damp to allow fingerprint access into a device, so the app might then enable voice recognition.

It was unclear whether this technology would have uses in Visa digital wallet transactions. “This is a prototype that is being tested, so it’s hard to say that this will be incorporated into the digital wallet,” a Visa spokesman says.

The app would work on various mobile devices, Visa said. Such technology also would save consumers from having to re-enter passwords when setting up a new device.

“Getting a new gadget is fun. But manually reloading your payment information and login credentials so you can use your new gadget? Not fun,” said Mark Nelson, the payment network’s senior vice president of risk and authentication products. “Our collaboration introduces an elegant alternative, one that, for example, enables your newly downloaded mobile banking application to identify and authenticate you by using one of your previously enrolled biometrics.”

Financial institutions and payments providers have been investing in biometrics as a way to phase out fraud-prone passwords. This autumn, for instance, Self Bank, the Spain-based online subsidiary of France’s Boursorama financial services group, said it will register new customers via video-conferencing, biometrics and electronic signatures, a move that could reduce time and costs of the expensive customer-onboarding process. The new issue of Pay Magazine features an in-depth look at the biometrics being used in payments, and the pros and cons of each.