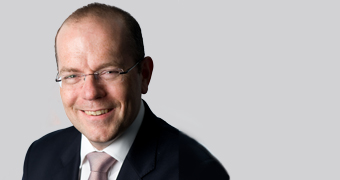 The UK’s Financial Conduct Authority (FCA) wants more access to financial services and for fintech to show a greater understanding of the nation’s ageing population.

Christopher Woolard, director of strategy and competition at the FCA, says bank accounts in the UK are not “universally accessible” but notes that progress is being made via the UK government’s announcement in the 2016 Budget that it will legally require nine banks to offer basic bank accounts.

In the context of digital transformation, the FCA points to its recently hosted “TechSprint”, with the aim of “encouraging” the development of new innovations to improve access to financial services.

The FCA asked a number of developers from firms to join it for two days. It gives an example of the results – when a number of the teams developed biometric prototypes which would have integrated facial, voice recognition and speech playback capabilities to provide voice and sight aids; and remove the need to remember PINs and passwords.

But for some, all the advances in digital services remain out of reach. The FCA says as many as one in six UK consumers lack digital skills, while 14% of UK households are still not connected to the internet.

When it comes to the UK’s ageing population, Woolard says there is an ever-increasing proportion of consumers aged 55+; with the over 85s representing the “fastest” growing segment of the population.

In recognition of this, the FCA launched its “Ageing Population” project earlier this year. The idea is to understand more about how oldsters interact with financial services. It published its “Discussion Paper”, is developing a regulatory strategy, but plans more.

As an example of some progress, the FCA says a number of lenders have reviewed their use of age limits in the mortgage market.

Woolard, as business people always say, states that more progress is needed across all the above issues.

He adds: “We don’t just need a conversation, we need actions too.”