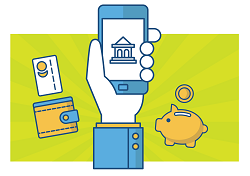 Small business might want to accept payments via mobile wallets, but most of those merchants worry about the cost of upgrading their systems to do so, according to new survey from Samsung Electronics America.

The survey findings come at a busy time for mobile wallets. Samsung earlier this month launched a rewards program for its Samsung Pay mobile wallet. And Chase just announced that its customers finally can use the Chase Pay app in stores, online and for in-app payments. Given that the mobile wallet is backed by the largest U.S. bank by assets, that could give the payment technology a much needed boost.

The Samsung survey, conducted in August and involving 500 merchants, found that 90 percent of them think accepting payments via mobile wallets would offer a competitive advantage. But 81 percent have concerns about paying for terminal upgrades, and only 59 percent of them currently accept contactless payments. The survey also found that: