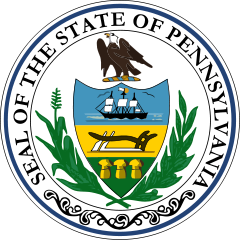 A Pennsylvania appeals court has sided with McDonald’s employees, deciding that the owners of 16 franchises were in violation of the state’s Wage Payment and Collection Law (WPCL) by requiring employees to be paid with payroll debit cards. The court filed its decision Oct. 21, 2016, which stems from a 2013 lawsuit—consisting of a class of 2,380 current and former employees, according to Law360—alleging that franchise owners Albert and Carol Mueller made it mandatory that employees’ wages be paid through payroll card rather than cash or check.

At issue in the decision was whether mandatory payment of wages by payroll debit card meets the requirement of section 260.3 of the WPCL that “wages shall be paid in lawful money of the United States or check.” The court concluded that it does not. “The use of a voluntary payroll debit card may be an appropriate method of wage payment. However, until our General Assembly provides otherwise, the plain language of the WPCL makes clear that the mandatory use of payroll debit cards at issue here, which may subject the user to fees, is not,” according to the decision.

Electronic wage payment is often a far safer, more convenient and more reliable method of receiving wages than paper paychecks, Cathy S. Beyda, of counsel, Paul Hastings and a payroll card expert, tells Paybefore. “Payroll cards bring the benefits of traditional direct deposit to employees who do not have or want a bank account, and should be permitted,” she says.

In related news, legislation amending the WPCL that includes payroll debit cards as a permissible form of payment by employers was signed into law by Gov. Tom Wolf Nov. 4. Beyda says the law “will govern the use of payroll cards in Pennsylvania [and] they will be permitted with an employee’s authorization, provided certain conditions are met. The bill clears up any uncertainty as to whether payroll cards are lawful in Pennsylvania, and puts employers and issuers on clear notice of what is required to comply with state law.”

The legal wrangling and amendment to the WPCL in Pennsylvania follow stringent payroll card rules in New York that are set to go into effect March 7, 2017. Despite vigorous opposition from industry stakeholders, the New York Department of Labor in September implemented the rule, which some say will make it difficult for payroll card providers to continue to operate in the state and deny workers, especially those without bank accounts, a choice in how they are paid.