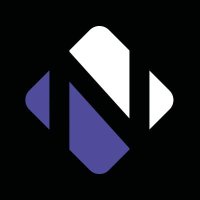 London-based Nimbrix has unveiled its new blockchain platform and the creation of an industry consortium with KPMG and Microsoft.

The Nimbrix buy-side platform will use cloud, open API, Software-as-a- Service (SaaS) and blockchain. It will be powered by Microsoft Azure, and Nimbrix says trades can be “executed instantaneously between counterparties, thus reducing the risk of trade errors and inefficiencies”.

Simon Bullers, Nimbrix CEO, says: “Traditional solutions for this industry take years to deploy and transition to, but you can bring up a Nimbrix platform in minutes, and then transition to it in months.”

The core platform is scheduled for “formal” release in early 2017.

Nimbrix founders are all “veterans” of BlackRock, UBS, BGI and other London-based financial services firms.

Nimbrix will no doubt be aware of its rivals in the blockchain consortium arena.

New York-based R3 recently made its blockchain platform’s code publicly available as it seeks to make it an industry standard.

In the US, CULedger, a collaborative effort among Credit Union National Association (CUNA), Best Innovation Group, the Mountain West Credit Union Association, PSCU and other industry partners are examining blockchain with a view to piloting applications.