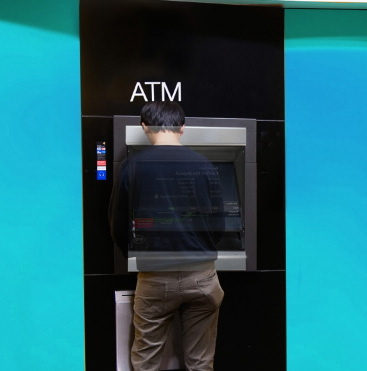 The humble ATM is no longer a single physical touch point.

The ATM is one of the most recognised and trusted pieces of technology on the high-street, but as it too has come under pressure from the wave of digitalisation sweeping almost every aspect of our everyday lives.

Digitalisation, mobile innovation and the consumerisation of banking services (contactless, Apple Pay, NFC) have all had a hugely positive impact on the customer experience, but they are also changing the ways vendors think about what it means to provide “traditional” ATM services.

The humble ATM is no longer a single physical touch point. With the right technology and support it can act as something that provides customers with value added services (such as credit and insurance products) improving their brand experience; whereas for vendors and the banks they sell to, it offers a chance to foster customer loyalty and a competitive point of difference – a highly relevant and important consideration in today’s competitive environment.

With around 300-400 hits on an ATM on an average every day, the potential is clear. And being able to use those screens to interact with customers and offer products which will be able to meet their unique requirements will be key to the evolution and survival of this service.

However, the digital, data-driven nature of 21st century banking (and life in general), along with its multiple (and often disparate) consumer touch points means that there are significant challenges and areas that need to be considered and managed before either bank or consumer truly stand to benefit.

The key to understanding the complicated ATM jigsaw is to be aware that each element of it can be viewed as a data set, and consequently either: descriptive (what happened?), diagnostic (why did it happen?), predictive (what will happen?) and prescriptive (what should I do & how do I support it?).

Take security as an example. The security breaches of today’s ATMs are well popularised and continually evolving. Where once criminals would hit service station forecourts in vans with no number plates, literally removing ATM fittings from brick walls, the methods being used today are more sophisticated, profitable and subtle, but certainly no less newsworthy – only a few weeks ago a $350,000 ATM jackpotting heist was conducted in Thailand through the use of malware alone!

Using a combination of offerings, including behavioural, predictive and cognitive analytics, banks and (often) their third party systems integrators and technical support services can forecast user and machine habits and usage patterns, meaning anomalies and potential threats can be quickly detected and solutions effectively prescribed in real-time.

Similarly, if you turn the lens of analytics solutions onto the question of customer services and providing unique points of competitive differentiation, then the benefits are equally clear to see.

By collecting and analysing data sets such as around transaction rates; transaction amounts & the number of concurrent transactions; response times, and volume ratios between various transaction groups, predictive assessments of even individual machines can be made, thus (potentially) alleviating the threats of future end-point downtime – which as we know is the nemesis of the ATM and its users!

The digital wave that we are riding shows no sign of peaking anytime soon, consequently, the data deluge we are daily exposed to will only get heavier, and the trusted ATM is by no means immune to the wear and tear of this digital, data-driven era.

But this is not something to fear. Rather it is an opportunity for banks & traditional ATM vendors to grasp and make the most of. With the new technology capabilities provided by the likes of cognitive computing, and advances to areas such as analytics, the future is bright for those behind one of the high-street and banking’s most recognisable fixtures.

By Paul Simmons, director of technical support services at IBM