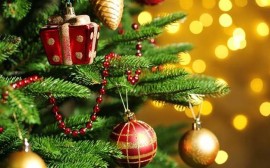 ‘Tis the season to be jolly

PayPal is bringing its users “an early holiday present” – the integration of Siri into PayPal.

“For iPhone and iPad users running iOS 10, making a payment has never been easier – PayPal users can now send and request money via a voice command with Siri,” the company says.

Meanwhile, in Germany, digital bank N26 (formerly Number26) is offering voice-powered payments via Siri – the “first” bank in the country to do so.