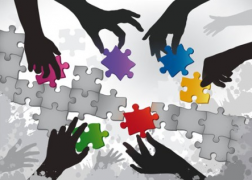 Citi and Deutsche Bank have joined Neptune, an open-standard network for bond pre-trade real-time AXE indications. The have also taken stakes in the venture and joined its board.

The Neptune network provides a venue for dealers to share information with investors on the bonds that they are looking to buy and sell. Deutsche Bank and Citi will start providing their data to the network “very shortly”.

Grant Wilson, CEO of Neptune Networks (the company that runs the utility), describes it as an “open-access, non-discriminatory network that links bond market participants and makes the markets more efficient”. The addition of Citi and Deutsche Bank – “both market leaders in bonds” – is “an important step forward” in the development of Neptune, he says.

17 bond dealers are already connected to the network which provides information in real-time on over 11,500 different bond securities with over $100 billion in gross notional across 20 different denominations. This is generated from over 17,000 pre trade real-time AXE indications in the system on a daily basis.

Neptune has also recently released new watch list functionality to the in-house Neptune desktop. “The desktop provides the quickest route to new clients for access to the network,” the company says.

Neptune is a not-for-profit technology utility, created in H2 2014 by Etrading Software and a group of 40+ banks and asset managers. The pilot production network went live in August 2015. As mentioned above, the utility is run by a separate company, Neptune Networks Ltd, that was set up earlier this year.