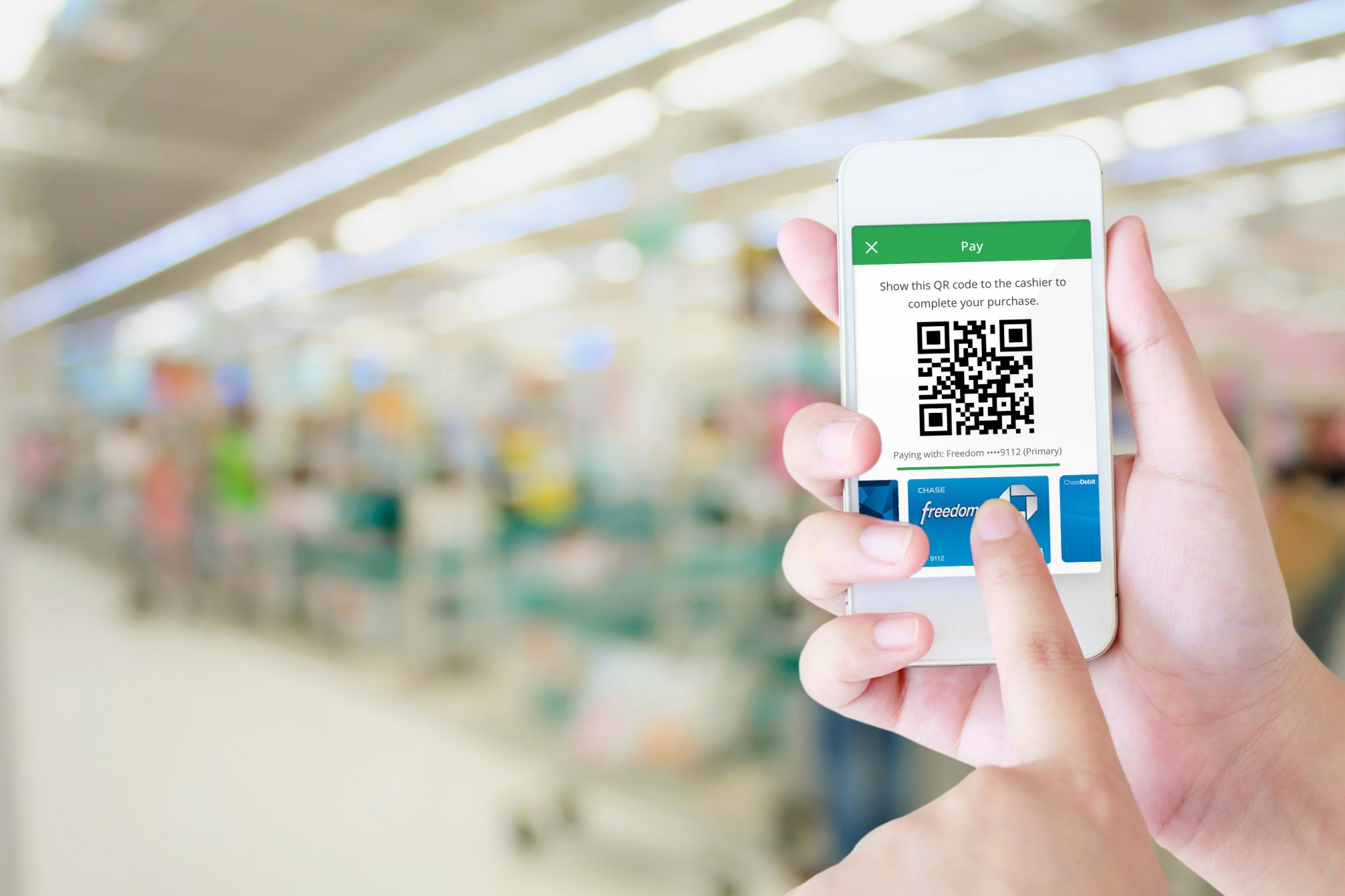 A little more than a year after the bank announced plans for its Chase Pay mobile wallet—and just in time for Black Friday—customers of the U.S.’s largest bank by assets finally can use the Chase Pay app in stores, online and for in-app payments. The industry will have to wait and see if this is the watershed moment for mobile wallet adoption, some payments experts have predicted.

The Chase Pay mobile app, which follows Capital One and Wells Fargo m-wallets to the market, enables consumers to pay at more than 7,500 participating Starbucks locations in the U.S. and nearly 1,400 Best Buy stores using QR codes—with Touch ID capability to be added later. More retailers are expected to be added soon, according to an announcement.

After Chase customers download the app and sign in using the same login information they use at Chase.com, they’ll see their Chase Visa credit, debit and Liquid GPR prepaid cards loaded into the app. Chase Pay users also can reload their Starbucks cards in the retailer’s app, using an iPhone or online—the ability to do so on Android devices will be available soon, Chase said. Consumers also can check Chase account balances, available credit and transactions from the last 90 days.

Last month, Walmart announced it will begin accepting Chase Pay starting in 2017. The retail giant will accept Chase Pay for purchases made in-store, online and through its own mobile app. In-store payments via Chase Pay will be routed through the Walmart Pay mobile app, Chase said at the time. Chase said Nov. 21 that in the future customers will be able to use Chase Pay at Phillips 66, Conoco, 76, ShopRite and The Fresh Grocer (part of Wakefern Food Corp.) and at certain Shell stations.

The announcement of another bank-backed mobile wallet comes just weeks after Citi announced its Citi Pay app, which will go live in 2017. Whether bank-backed wallets can hold their own in a crowded field of m-wallets remains to be seen. Industry observers say banks have inherent advantages over third-party platforms.

Banks stand to reclaim half of the market by developing their own mobile wallets, said Richard Crone, CEO of research firm Crone Consulting LLC. He estimates there are 60 million to 100 million active wallet users worldwide. “The one who enrolls is the one who controls,” Crone told Paybefore earlier this year. “If the bank hasn’t enrolled the customer, they’re reducing their franchise value and turning over their business to the ‘Pays’ one enrolled user at a time.”

When Chase Pay launches, it will become available to the bank’s more than 90 million account holders, Crone added. That means one in every two U.S. households will have the ability to use Chase Pay. “The launch of Chase Pay will be a seminal moment in mobile payments,” he said.