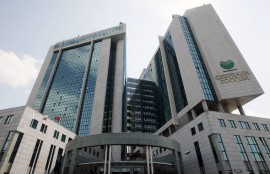 11 companies bid for the project. Banking Technology understands a significant portion of these were disqualified.

TechnoDiasoft is a joint venture between two Russian banking software vendors, Technos-K and Diasoft. TechnoDiasoft will be responsible for the retail business part. Its main contender for the deal was a Belarus-based software developer, SoftClub.

TechnoDiasoft is already an existing supplier to Sberbank – its flagship retail banking system, xBank, is used by two regional divisions of the bank, translating into 50 million active accounts clients and 1,400+ outlets across Russia.

The company will migrate Sberbank’s retail banking products onto one new platform, as well as create new single platforms for merchant acquiring and card processing.

Accenture won the deal for the corporate banking part. It will help the bank migrate the corporate product line onto the new unified platform, develop operational management tools and flexible customer database management, and help reduce time to market for new products.

Accenture has worked with Sberbank on a number of projects already. For instance, in was involved in the bank’s big data pilot project a couple of years ago – collecting, processing and analysing data across social media platforms (Vkontakte, Foursquare and Facebook).

Jet Infosystems, another domestic software company, got the contract for the processing solutions. These include back office automation of customer, account and card management; personalisation and issuing of physical and virtual cards; developing flexible mechanisms to configure products, tariffs and limits; and lifecycle management of various applications.

Other functions include settlements with payment systems of any structure and complexity, safe and stable operations processing; fraud detection and risk management; and unified authentication of the client across all front-end systems (without using bank cards).

Earlier this year, Banking Technology reported on Sberbank’s plans to overhaul its tech on a massive scale. Sberbank’s senior MD of technology, Mikhail Khasin, described the initiative as a “revolutionary transformation” of all systems that currently form Sberbank’s core banking platform.

Recently, Sberbank and the Linux Foundation have entered into an agreement on the bank’s participation in the Hyperledger Project and its open source platform based on blockchain.