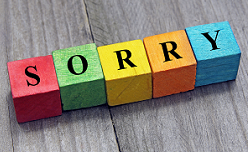 The Consumer Financial Protection Bureau released a final rule Oct. 5 to correct “certain clerical and non-substantive” errors it found in Regulation E, which implements the Electronic Fund Transfer Act. The rule was published in the Federal Register Oct. 12 and the corrections take effect Nov. 14, 2016. Several of the errors consist of incorrect cross-referencing of information in the regulation. Another error pertains to a model form for error resolution and cancellation rights to consumers who send remittance transfers to foreign countries. A clerical error resulted in the adoption of an incomplete explanation.

The CFPB notes that “the model form that was adopted didn’t match up with the actual requirement, so it’s changing the model form to match the actual language required by the statute,” Eli Rosenberg, associate with Baird Holm, tells Paybefore. Rosenberg points out there’s a long and short form disclosure and the correction pertains to the short form. “To the extent you’ve been relying on that particular model form, you may have to go back and revise it if you didn’t include the additional information that was required under the remittance transfer rule, but didn’t make it into the model form.”

The bureau has determined “there is good cause to publish this final rule without seeking public comment,” according to the CFPB in the Federal Register. “Public comment is unnecessary because the rule corrects inadvertent, clerical errors about which there is minimal, if any, basis for substantive disagreement.”

The rule correcting various amendments was released the same day the CFPB issued its greatly anticipated final rule on prepaid accounts. Unfortunately for many in the prepaid industry, the new rules, which take effect Oct. 1, 2017, are very similar to what the CFPB initially had proposed two years ago, despite frequent input from the industry leading up to the final rule’s release.