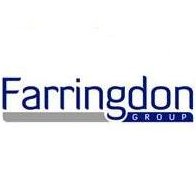 It will be open to investors from across the globe, with a minimum investment of $200 per month. Funds will follow basic Islamic principles. For example, no stocks may derive income from gambling, alcohol, tobacco, pork products, adult entertainment or military equipment. It also restricts the use of some mainstream financial instruments such as debt-financing, charging interest or the use of derivatives.

It says research from the Malaysia Islamic Financial Centre shows the global Islamic fund industry AUM (assets under management) of $58 billion is expected to reach $77 billion by 2019.

Farringdon Group also offers history lessons and says Shariah-compliant financial products have been available in the West since 1999 with the launch of the Dow Jones Islamic Index. This was followed with the Imam fund from US-based Allied Asset Advisor in 2000. In Europe, Luxembourg was the first exchange to list a sukuk (bond) in 2002, with Ireland following suit in 2005. More recently, GE Capital issued a $500 million sukuk in 2009 and Goldman Sachs with a similarly sized bond in 2014.

Farringdon Group has an AUM of $170 million. It is based in Kuala Lumpur and was established in 2007.