The path to perfect harmony 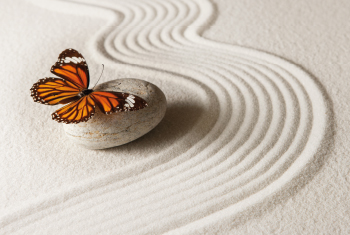 The nitty-gritty work has been done with IS0 20022, but new technology and regulations mean that institutions will have to standardise their workflows as well, writes David Bannister*.

With widespread adoption of the ISO 20022 messaging standard announced for the many immediate payment initiatives under way internationally, you could be forgiven for thinking that the ‘standards wars’ have been won. The reality is that they are only just beginning.

In the past few years, ISO 20022 has certainly moved from being a technical issue to being a central component enabling new business services to be implemented, such as providing enriched data alongside basic transactional information. At the same time, there are other technical developments coming along, notably distributed ledger technology, that have the potential to change the way financial transactions are processed and also regulatory changes that affect where banks sit in the financial value chain. It is also worth bearing in mind that ISO 20022 is intended for use only in payments, securities, foreign exchange, trade services and cards operations. Many of the changes in working practices that institutions will have to make lie outside those domains.

In this latter category, the stand-out event is the implementation of the access to accounts (XS2A) requirements of the European Union’s second Payment Services Directive (PSD II). This will require banks to provide authorised third-party access to account information to enable competitive services and in some cases to initiate payments.

Taken together, all of these forces will require institutions to not only adopt industry-developed standards more than they have hitherto, they will also have to adopt standards that have been developed to address a much wider range of stakeholders. These include consumers, corporates, small businesses, merchants and non-bank payment services providers. Payments industry participants are already considering the implications of a future world where payments will be initiated by autonomous machines in the so-called internet of things.

For the benefits of all of that to be realised, workflows and market practices will have to become much more integrated across enterprises and even across industry verticals. Simon Bailey, director of payments and transaction banking at CGI, goes as far as to say the implication of distributed ledger technology is that “workflows will be shared across enterprises” in a seamless way, which will be a challenge for an industry where even parts of the same institution often have different processes for the same task.

Fortunately, the connection between the standards world and those working on harmonising market practices always has been close. Considerable work has been undertaken behind the scenes for many years, chipping away at the inconsistencies with a view to reaching a state where anything that can be done in a universal way is done that way. Anything that can’t be done universally – such as functions that are affected by local regulatory requirements – can be catered for in the overall market framework.

This close linkage led last year to international efforts to ensure that the success of ISO 20022 internationally didn’t also contain the seed of failure though different domestic implementations.

At Sibos last year, Swift announced its ISO 20022 Harmonisation Charter, an industry-driven framework to facilitate the roll out of ISO 20022 globally. Via the Charter the main industry stakeholders agreed to avoid such fragmentation and the risk of multiple versions being adopted across various markets, which leads to higher implementation costs. A special signing ceremony of the Charter will take place tomorrow at 10am at the Standards Forum.

The work of the Charter has been taken a stage further with the formation of a global market practice task force of market infrastructures and banks. Sponsored by the Payments Market Practice Group (PMPG), the task force “aims to address the evolving ISO 20022 standards requirements of high value payments systems (HVPS) providers”, as part of Swift’s ISO 20022 harmonisation initiative.

The new task force, called HVPS+, will go beyond current market practice, delivering an additional set of ISO 20022 market practice guidelines for high value payments systems. It will take into account the evolving needs of market infrastructures and their members, including more structured, accurate and richer end to end data.

Roy DeCicco, managing director and industry issues executive at JPMorgan Treasury Services and co-chair, PMPG, says: “It is great to see market infrastructures and banks join together, to ensure this additional set of ISO 20022 HVPS+ market practice is future-proof and supported by all relevant stakeholders of the financial ecosystem”.

Bob Pepitone, Chips product manager at The Clearing House (TCH), adds: “The Clearing House is adopting ISO 20022 as its preferred messaging standard for real time and high value payments. As we prepare our implementation strategy to convert our proprietary Chips format specifications to ISO 20022, we would like to use this new global market practice as a baseline. This will allow our members to use the same formats and processes with TCH and other HVP communities, while incorporating the unique characteristics of the Chips messaging formats. This approach will definitely help to enable interoperability for all payments market infrastructures globally.”

Elsewhere, the Bank of Russia has based its Prospective Payment System (PPS) on ISO 20022.

Applying ISO 20022 in Russia will enable the creation of an electronic payment standard, which includes a monetary component for settlements of transactions on stock and forex markets, says Lev Khasis, COO of Sberbank. It will also address the issue of compatibility between Russian payment systems and international ones. This will help to make the Russian financial market more accessible to foreign participants. Other benefits of ISO 20022 will include the development of electronic document management in related industries (retail, accounting), end to end processing of payments and reduced costs for payment system participants.

In other parts of the industry, things are not so advanced, however. Sibos delegates will notice that a large number of sessions are given over to the other industry drivers coming over the horizon – application programming interfaces (APIs) and blockchain/distributed ledger technology.

The proliferation of blockchain protocols is likely to continue for a while, followed by a period of consolidation as it becomes clear which have greater applicability and acceptance in each market sector. But already the conversation has moved to the development of a mechanism for the differing protocols to communicate with each other. How they co-exist with existing standards, including ISO 20022, is a whole different issue, and will certainly be part of the conversation at Sibos.

Meanwhile, the imminent deadlines for implementation of PSD II make the issue of APIs a priority for banks in Europe, including those in the UK, where an Open Banking API is being introduced later this year. Efforts focused on market practices and rules are under way in order to prevent unnecessary fragmentation.

At a recent conference in London arranged by industry body Payments UK, delegates heard that fragmentation will lead to unnecessary duplication, increased costs and a dilution of the effects of opening the banking system unless institutions and other parties collaborate to keep fragmentation to a minimum.

Participants at the event called for consultation with “a universe of participants that aren’t just banks” to come together to develop a ‘rulebook’ on the wider issues of interpretation of the legal text, technical standards, common solutions and governance.

“We know that the implementation of PSD II will transform the payments landscape and pose a significant undertaking for the payments community across Europe, which is why it is ever important to ensure the exchange of views in order to help avoid the risk of fragmentation during the implementation process,” said James Whittle, director of industry policy at Payments UK. “In terms of what’s next, Payments UK will seek to set out how a ‘PSD2 implementation community’ could be formed … our ambition is to establish the community as quickly as possible, provided there is sufficient support for this by a coalition of the willing.”