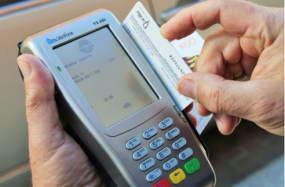 A handheld card reader released last year has helped U.S. law enforcement agencies seize or recover about $10 million in fraudulent prepaid funds, according to the Dept. of Homeland Security. Released in August 2015, the Homeland Security Science and Technology Directorate’s Electronic Recovery and Access to Data (ERAD) Prepaid Card Reader enables officers in the field to check the balance of stored value cards found during arrests and put a temporary hold on linked funds until a full investigation can be completed. First developed for federal government agencies, the ERAD reader has since been deployed in the commercial market for state and local law enforcement use.

“We’re able to identify stolen credit cards and [magstripe] information, and we’re able to seize cash on the side of the road that is being extorted in prepaid debit cards,” said Sgt. Ron Hain of the Kane County (Illinois) Sheriff’s Office Special Operations Unit.

Although the ERAD reader has drawn interest from several law enforcement agencies, the device has been the subject of some controversy. In June 2016, Oklahoma Governor Mary Fallin delayed rollout of the devices to the state’s Highway Patrol following outcries from lawmakers and consumer groups about privacy and legal concerns. Some critics also worried that low-income citizens who rely on prepaid cards to manage their finances or to receive salary or benefits payments could be disproportionately harmed by the policy.