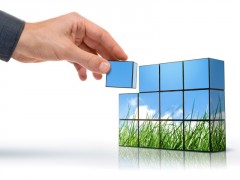 Form3 will take core banking and payments to the cloud

Form3 says the solutions can be accessed through a single API and integration platform, ready to use on a pay-as-you-go basis.

The solutions underpinning it are the Dovetail payments system and a new core banking system recently launched by Thought Machine.

There will also be auxiliary services on offer, such as charging and billing, accounting and sanctions screening.

The company will initially focus on the UK market, offering its services to the established and challenger banks, building societies, payment institutions and deposit-taking foreign bank branches.

Michael Mueller, CEO of Form3, says: “What is novel is that we are using proven, leading-edge software, delivering products from multiple vendors to offer a comprehensive suite of pre-integrated back office services”.

When journalists hear “leading-edge” they immediately get their marketing jargon bingo cards out.

Fiserv has been offering its SaaS Agiliti platform to the UK market since mid-2014. It is a combination of around 18 Fiserv (including its Signature core banking system) and partner applications, hosted by Blue Chip. Together, they form a front-to-back office proposition for UK banks and credit unions.

UK-based consultancy firm Tusmor brought to market its packaged “bank in a box” solution in mid-2014. It consists of Profile Software’s FMS for core banking operations, Dovetail for payments, Sphonic for risk management and AML, and Aqilla for accounting system.

Misys and Temenos have been vocal about packaging their multiple products into more unified offerings delivered on a SaaS basis. Temenos, for instance, partnered for this with Capgemini last year.

Another core banking software player, ERI, also announced the availability of its “bank in a box” tech for the UK market, hosted by Blue Chip, two years ago.

Speaking to Banking Technology at Sibos 2016, Mueller points out that the “novel” aspect of the offering is in the genuinely new technologies, such as Thought Machine’s VaultOS core banking platform as well as a number of other newcomers Form3 is talking to (more announcements to come soon, Meuller says).

The company is “really pushing the envelope” in terms of ensuring that the solutions offered to banks and FIs today are relevant in the future, he states.

The two key solutions underpinning the Form3 proposition are, as mentioned above, Dovetail (payments) and Thought Machine (core banking).

Dovetail is a well-established player on the international payments arena, with customers such as Deutsche Bank, Bank of Montreal, ING and Allied Irish Banks.

Thought Machine, on the other hand, launched its core banking system, VaultOS – a brand new development – two months ago. The company itself is a new kid on the block, founded in 2014 by a group of ex-Googlers.

It has no known takers at present.