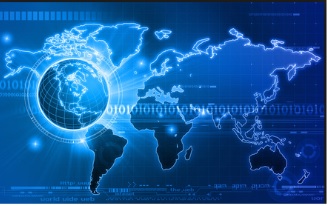 When the world talks

To drive ISO 20022 adoption, the industry is calling for collaboration and for those with the ‘right stuff’ to lead the way. A panel yesterday, ISO 20022 market practice developments, gave a global view of the status of ISO 20022 in the payments and securities markets.

Gerard Smith, director collateral services at LCH.Clearnet, said the ISO 20022 standards were easy to adopt because they reduce costs. They provide a simple message flow and have “worked well for a couple of years”. Smith also said LCH was leading the way and wanted others to follow its example.

The view from Australia was equally appreciative of the ISO 20022 standards. Karen Webb, manager, equity post-trade services at the Australian Stock Exchange (ASX), said the exchange would adopt the standard as “we really liked the options it gives us”. The ASX did look at other options around the world, but Swift won this battle.

To date the group has met once, but will meet next week to discuss the implementation of ISO 20022 standards. “If people do things their own way we will end up moving away from a common standard. We need to collaborate and there is a lot of work to do,” said Russo.

David Renault, head of Step2 services at EBA Clearing, said instant payments should be live in 2017. Expressing a common theme from Sibos, Renault said instant payments would become the “new normal”. Whether it’s a pension or salary, he said the payment would be made in milliseconds as users would expect that.

Whatever the industry, it seems customer demand is the driver.

Meanwhile, a formal signing ceremony of the ISO 20022 Harmonisation Charter was conducted yesterday. The Charter was first published during Sibos 2015 in Singapore by Swift and a number of key market infrastructures. Since then more than 20 market infrastructures have endorsed the charter, confirming their intention to apply its best practice principles in their adoption projects. Those signing yesterday were: LCH.Clearnet, National Bank of Ukraine, VPS Norway, Poland’s KDPW and Kir, Hong Kong Exchange, Central Bank of Kosovo and Austria’s OEKB.