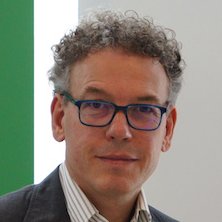 The firm says the EMI licence, provided by the Ministry of Finance of Luxembourg, allows it to issue debit cards and other payment instruments linked to Gloneta accounts. The latter combines a mobile messenger (chat) with cross-currency transactions using blockchain.

Denis Kiselev, founder and CEO of SnapSwap, says it is the “first company in Europe to acquire an electronic money institution authorisation for providing financial services employing advanced technologies such as blockchain”.

SnapSwap says with Gloneta, users can send money to people in any major currency. Same currency transactions are “free of charge”.

To send money users can charge their wallet within the app by transferring money from their bank to their own Gloneta IBAN account or by linking a credit card. It is available on iOS and Android in all EU countries. It supports the Euro, British Pound and US Dollar. SnapSwap says future currencies and new features will follow soon.

In addition to becoming an EMI, the start-up has announced the appointment of Paul Helminger as the chairman of the board.

Helminger served as the deputy mayor and the mayor of the City of Luxembourg for 20 years until 2011. Previously, he worked as the State Secretary for the Economy and Foreign Trade. He was also a Member of Parliament until 2012. Currently, Helminger leads the boards of Luxair, Cargolux and Intesa Sanpaolo Bank Luxembourg.