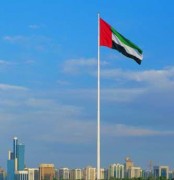 UAE-based Reem Finance has overhauled its core software with French vendor SAB and its flagship core banking system, SAB AT. This is the first taker of the system in the UAE, to Banking Technology’s knowledge.

Banking Technology understands that on the way out is the Ethix system from regional vendor International Turnkey Systems (ITS). It was installed at Reem Finance around five years ago.

Reem Finance is also a long-standing user of the FinnOne back-office lending system from Nucleus Software.

SAB AT was selected “after an extensive evaluation process”, says SAB.

Reem Finance’s CEO, Howard Kiston, comments: “In addition to being a single system that supports the products and services that we wish to offer now and in the future, and that can be implemented quickly, we appreciated SAB’s total commitment to the success of its solution at Reem Finance”.

Reem Finance was set up in 2007 with a focus on commercial lending to local businesses.