UK-based challenger bank Mondo has reached the £20 million mark for money spent through its service.

Since its last spending announcement, published at the end of April, the bank has gone from around £80,000 spent daily to over £200,000.

Of the £20 million spent, around a quarter has been spent abroad, with its customers (called “Mondonauts”) offered “fee-free travel”. The US, France and Spain are the most popular destinations, but Mondo states that it has now been used in over 130 countries globally. (See infographic below.) 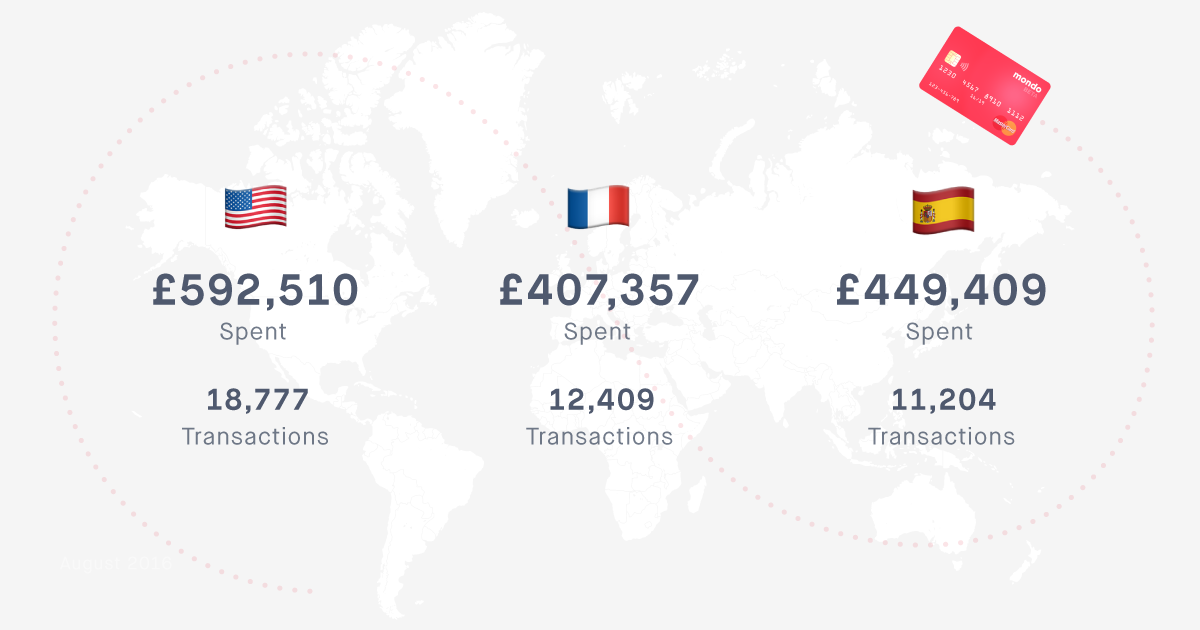 In the UK, the bank has seen almost £750,000 spent at Tesco (a supermarket) alone, and over half a million spent through TfL (Transport for London). (See infographic below.) 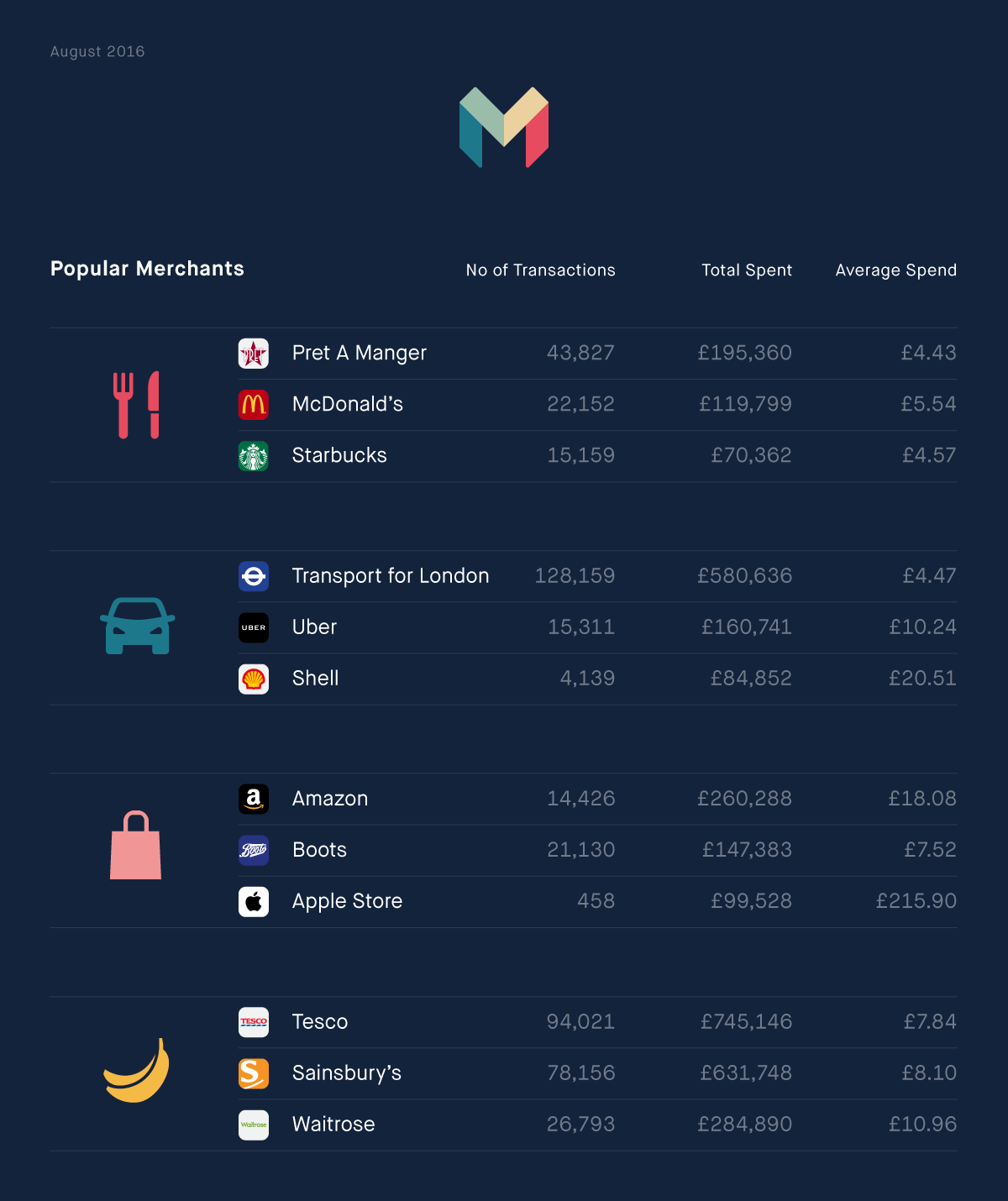 The start-up bank up is waiting for a licence and positions itself as a “mobile first” bank. It will be offering a current account with a contactless debit card and a mobile banking app.

The mobile app’s standout features are intelligent notifications, instant balance updates and financial management. It has partnered with Thames Card Technology for debit card production and personalisation. For banking ops, it decided to build its own platform.

Technology used is mainly open source: Linux, Apache Cassandra distributed database (used by the likes of Apple and Twitter), Google’s Go (golang) programming language at the back-end and PostgreSQL relational database. The system is hosted at two data centres in the UK on Mondo’s own hardware. There is a team of 16 people working on this.

It recently launched a recruitment drive to find senior executives.

As part of this ambition to end the “tyranny of legacy banks” it is advertising for two android engineers; and a number of senior executive positions:

The bank is also looking for a new name to replace Mondo as it has been legally challenged by an undisclosed company with a similar name.

Who’s who on the UK’s bustling challenger bank scene and what are they up to? Click here to find out.