Investments for real-time payment systems and migration to ISO 20022 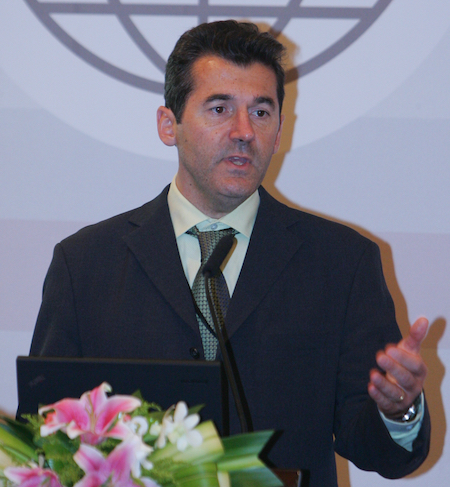 Traditionally there weren’t any obligations for financial institutions to provide complete information on all parties in a payment process. Today, it is quite a different story.

The initiator and receiver are responsible for reporting account numbers, names and addresses of remitters. There are even cases now where regulators may prevent banks from processing transactions when beneficiary information cannot be validated.

The necessity for obtaining information in payments to fight anti-money laundering and sanctions risks adds pressure on real-time straight-through processing (STP) in payments.

ISO 20022 provides a means for a global dictionary in financial messaging across multiple countries and in a variety of banking systems.

ISO 20022: investment, legacy systems, and interoperability
Interoperability across payments systems built on ISO 20022 eliminates a cost barrier and allows smaller banks more opportunities by allowing easier access to payments systems. There are surely going to be investments needed such as the cost for banks to migrate legacy instruments to newer superfast, mobile-driven, faster instant payment systems.

Even if payment processing costs go down dramatically, the central banking system reports that the overall business case for most financial services institutions would be, at best, neutral.

The adoption of ISO 20022 standards by market infrastructures globally – with the long-term goal of interoperability across payment systems – are going to advance innovations and offerings in delivering real time payment transactions.

The question then becomes, do those non-monetary benefits to the banks such as customer satisfaction, increased market liquidity and reduced risks justify investing in an instant payment infrastructure with ISO 20022.

Similar to the many digital developments that are transforming our industry, this kind of investment decision is not a bottom line one as much as it is a general strategic one. Real-time payments are becoming not only a must-have to compete with third-party providers and non-bank payment services providers (PSPs), but also a general business enabler. What will transpire is that the real value of real-time payments will come from the new services that are going to propagate as a byproduct.

Conceivably, ACH systems could leverage an ISO 20022 standard for exchanging payment instructions globally while minimising settlement times. Interoperability will require a common set of capabilities around extended remittance across high- and low-value payments.

The use of ISO 20022 financial messaging standard delivering interoperability between legacy payment systems and rich payment instructions mechanism for the sophisticated mobile and e-payment system has become the new paradigm in real-time payment system development.

The ability to send and receive a payment between two bank accounts within seconds requires real-time/instant payments settlement, and an increasing number of countries have or are developing real-time infrastructures to enable this.

In the past decade alone, many countries in Europe, Asia and Africa have implemented closed loop real-time payment systems alongside legacy infrastructures to enable consumers and businesses to instantly transfer and receive payments with immediate availability of funds.

Limitation in term of scalability and acceptance was that both payer and payee would be required to have the same payment system.

In parallel to that, a number of countries, most notably in Europe with the Single European Payment Area (SEPA) have ignited the industry transformation towards the ISO 20022 messaging standard, four years ago with the legal mandate of migrating of all ACH in 34 countries.

Today ISO 20022 is used by thousands of financial institutions across the EU for both SEPA Direct Debit (SDD) and SEPA Credit Transfer (SCT). The next step is the deployment of SEPA Credit Transfer Instant (SCT Inst), which requires real-time posting and fast settlement with mechanism to cover intraday settlement risk by banks ACH.

The European Payment Council (EPC) managing SEPA schemes on behalf of the European Central Bank (ECB) has published the new rulebook for SCT Inst. The SEPA ACH across 34 countries are now preparing SCT Inst pilot with members for deployment next year upgrading SEPA posting and settlement processes to move from next day settlement to funds available to beneficiary and confirmation to originator in less than one minute.

Singapore has been one of the pioneer countries in Asia with deployment of ISO 20022 in its ACH and RTGS. Since the end of last year, they are running in parallel the FAST real-time ACH – and with 17 banks running on it. It is probably one of the most advanced ACH running live real-time settlement with ISO 20022 in the world. 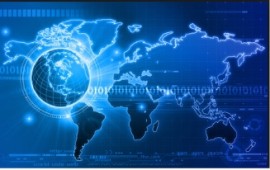 The adoption of ISO 20022 is a key pillar for improving the speed, efficiency and security of payment systems

Adopting ISO 20022 as the international standard
As mentioned previously, there is a potential investment to implement the right system to enable ISO 20022, but it is a feature rich XML-based financial messaging standard that can be used for many financial business areas (payments, securities, trade finance, FX, cards, corporate-to-bank messaging) as well as for internal processes such as cash management. This has made it particularly attractive to banks and PSPs because it can help them rationalise their internal and external data standards and help to “translate” between different standards in various countries.

For corporates, ISO 20022’s rich remittance data is a huge benefit. Many legacy data standards only offer tens of characters of data, which can lead to major problems with payments reconciliation and traceability. ISO 20022 has the capacity for unlimited remittance data, with the use of additional optional fields available in countries that set a limit on ISO 20022 remittance data. Add to this the possibility for global interoperability between the growing number of countries adopting the standard, and it is no wonder why ISO 20022 has become an increasingly popular messaging standard for real-time payments.

The only potential drawback here is the variety of messaging options, which can lead to a wide range of variability in the standard messaging. For example, different message release schedules and different market practices/rules along with multiple version of the same message can potentially create confusion and undermine the standardisation of ISO 20022.

These variations have the potential to create connectivity issues and thus additional costs for the users. However, work is being done on behalf of market infrastructures along with SWIFT to standardise even further as ISO 20022 messaging is expected to increase dramatically by 2020.

This will have the benefit of rationalising data standards across these systems – replacing three separate legacy standards – and achieving compliance with other modern international payment systems.

Perhaps the biggest benefit for Canadian banks and end users (particularly businesses) will be the increase in remittance data that ISO 20022 will bring. In turn, this will greatly improve payments reconciliation and traceability, and could help enable the future development of a faster payment system for low-value payments in Canada.

In the US, the move to ISO 20022 is taking its first steps with the development of a real-time payments infrastructure. A 2014 external business case assessment tendered by the Federal Reserve, Nacha, The Clearing House, and other stakeholders deemed no overarching industry-wide business case to move to ISO 20022, although it did detail strategic reasons to move to ISO 20022, including global adoption of the standard, interoperability, rich remittance data, and cost savings and processing efficiency.

As the Fed has spearheaded efforts to modernise the US payment system, the adoption of ISO 20022 is seen as a key pillar for improving the speed, efficiency and security of US payment systems.

The Clearing House is the first ACH in the US to have announced the development of a real-time payment system by 2017. The infrastructure will be built together with UK payments processor VocaLink, and will run on ISO 20022. VocaLink pioneered real-time payment deployment with the Faster Payment Scheme in the UK, but now it will be run on ISO 20022 instead of the UK’s Bacs domestic payment formats.

Conclusion: the need for an overarching industry-wide move to ISO 20022
In conclusion, the first ISO 20022 standard draft had been issued in 2004.

It took ten years to have it widely deployed at an international scale with 34 countries and thousands of banks using it for cross-border credit transfer and direct debit, but with its adoption in the US and Canadian markets and the rise of interoperable real-time payment systems across the globe, it is fair to say that ISO 20022 is no longer a technical phenomenon but now a global de facto industry standard, there to stay and grow.