Erroneous Emails another Bump in the Road for Costco, Citi 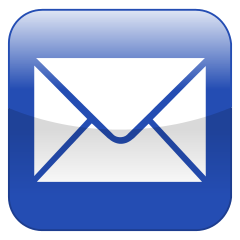 “We communicated to a small portion of Costco card members whose memberships had lapsed that their accounts had been closed; however, some members received the communication in error. We quickly apprised them that their accounts are active and we apologize for any inconvenience,” Jennifer Bombardier, spokesperson, Citi branded cards and consumer services, tells Paybefore.

On the evening of Aug. 20, Costco customers received an email telling them to disregard the prior email. “Your account and the cards for any existing authorized user(s) are open and available to use,” the email stated, according to Business Insider. “We apologize for any concern or inconvenience this may have caused and please be assured your account has not been compromised.”

Citi said the error affected a small percentage of Costco members, though no exact total was given, and that the issue has been fully resolved.

The email glitch follows a bigger headache suffered in June when Costco officially switched over to Visa and stopped accepting American Express cards. In March 2015, Costco announced the agreement with Citi and Visa, resulting in Citi as the issuer of Costco’s co-brand credit card, and Visa replacing American Express as the credit card network for Costco in the U.S. and Puerto Rico.

For Costco’s approximately 11 million customers to earn shopping rewards, they had to use the new Costco Anywhere Visa card, not the TrueEarnings American Express Costco card. During the switchover, many customers complained about not receiving their new Visa cards, purchase charges being identified as fraudulent and the transfer of rewards dollars being lower than expected, according to the Business Insider report. Citi also encountered high call volumes regarding questions about card activation, statements and payments.