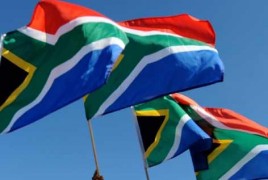 One of South Africa’s largest health insurers, Discovery, is a step closer to selecting a core banking system for its new bank, Banking Technology understands.

Discovery went public on its plans to launch a brand new full-service retail bank in South Africa last year. As part of this ambition, it acquired the majority stake in its credit card unit – Discovery Card – from FirstRand Bank. Discovery Card has 250,000+ customers.

The project is going to take a year or two to come to fruition, according to Discovery’s CEO and co-founder Adrian Gore.

In an interview with Bloomberg, he said: “We’re flat out with the infrastructure and the regulatory process for banking. We’ve got the capital, we’ve hired bankers, we’re building substantial systems.

“We’ve got a good embedded base with Discovery Card. We’re comfortable that we’re heading in the right direction. It will take a year or two to get it into the market.”

Barry Hore, a former COO at South African Revenue Service (SARS), was recruited to head up the banking division.

Discovery has also already submitted an application for a banking licence to South Africa’s central bank.

Banking Technology understands that the system selection is now at an advanced stage, with three main contenders: Infosys, SAP and Oracle FSS.