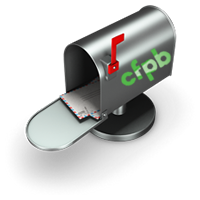 For the three-month period from May to July 2016, the bureau received an average of 219 prepaid-related complains a month—an 18 percent jump over the same three months of 2015. Despite the increase, prepaid continues to comprise a small percentage of overall consumer complaints to the CFPB. Since the agency began maintaining its complaint database in 2012, just 5,608 of the 954,424 total consumer complaints it has received dealt with a prepaid issue—that’s just over one-half of 1 percent of all complaints.