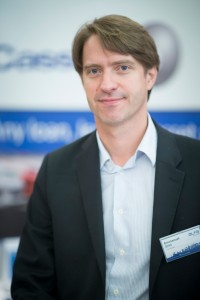 Paris-based Sopra Steria has completed its acquisition of Cassiopae, a developer of specialised finance management software.

The firm, through its subsidiary Sopra Banking Software, has bought 75% of the share capital of Cassiopae. The planned tie-up was first announced in February, as Banking Technology reported.

Cassiopae’s founder and his family, and certain managers including current chairman, Emmanuel Gillet, will retain about 25% of the share capital. A subsequent acquisition of that 25% is envisioned for 2020 at the latest.

Initially a vendor of real estate leasing software, Cassiopae is France’s 16th largest independent software developer (according to the 2015 ‘Truffle 100’ ranking). It has operations in 40 countries, and posted revenue of €50.2 million in 2014 and serves more than 300 clients.

Banking is one of Sopra Steria’s largest markets and a “strategic growth priority”. Its subsidiary Sopra Banking Software is aiming to double its 2014 revenue of €271 million over the next five years.

With the deal finalised, it gives Sopra Banking Software a range of solutions in such areas as distribution, account-keeping, lending, payments and compliance.

Sopra Banking Software is itself a conglomerate of a number of companies acquired by Sopra Steria over the years. It was created in 2012 as a merger of three banking software entities: Evolan, Calltay & Wouters and Delta Informatique. It offers a range of front-to-back office software for banks and lending companies, including two core banking systems (Sopra Banking Platform and Amplitude).

Sopra Steria teamed with DataStax, a provider of database software for cloud applications, to target finserv organisations across the retail banking, investment banking and trading sectors.