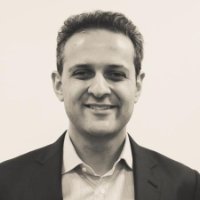 OakNorth has become the first challenger bank to launch Facebook at Work as the platform prepares for its global launch later this year.

Facebook at Work is the professional version of the social network, enabling individuals to set up an account that is separate from their personal Facebook but works in almost the exact same way.

OakNorth, which provides loans of between £1m-£15m to “entrepreneurs and fast-growth businesses”, launched the network internally this week and according to co-founder and CEO, Rishi Khosla, it is already leading to more collaboration.

Khosla says: “We’ve been able to crowdsource ideas from people within the business who otherwise wouldn’t have been involved in the discussion. The platform has enabled us to combine the viewpoints of employees from all areas of the business which has already directly helped with the design of two new projects.”

Since its launch in September 2015, OakNorth says it has expanded to a team of about 80 employees. It hopes the network will enable it to achieve a 30% reduction in the number of internal emails by the end of the year.

The bank was founded by entrepreneurs Khosla and Joel Perlman. It gained a full banking licence in March 2015. The board is chaired by Cyrus Ardalan, former vice-chairman of Barclays, and includes Lord (Adair) Turner, senior independent director, and Robert Burgess, non-executive director.

OakNorth also featured in Banking Technology’s May 2016 issue. An excerpt from this “UK challenger banks: who’s who” article can be found online here.