Neopay: The Sky Likely Won’t Fall; Offers Brexit Insurance If It Does 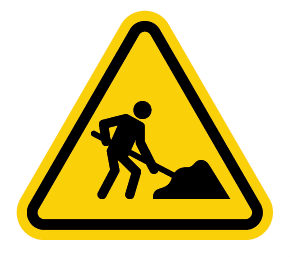 The U.K.’s historic decision to exit the European Union (or Brexit) last month has left many businesses speculating what the ramifications will be for them, especially e-money issuers based in the U.K. that have licenses that they passport to EU countries. Neopay, a U.K.-based e-money and payment regulatory consultancy, is hoping to assuage the jitters of new and established e-money companies in Europe with Brexit Insurance.

“We certainly understand the concerns being expressed in the payments and e-money space regarding the result of the recent EU referendum,” said Neopay CEO Craig James. “The U.K.’s decision to leave the EU has obviously caused a sense of instability.”

Brexit Insurance is an assurance from Neopay that if the impact of Brexit results in a company needing authorization from a regulator in an additional EU member state to continue to passport its services in a region, Neopay will support the company in gaining this authorization within the appropriate jurisdiction, according to the company.

While many in the payments industry hope rules around passporting financial services are quickly clarified, James said: “We will do everything we can to support our clients by removing the uncertainty.”

A trade agreement likely will be reached enabling businesses to continue to operate across the U.K and EU under one license, but if an agreement can’t be reached, there will be a transition period for companies to ensure “existing consumers of passported financial services products are not put at risk,” he added.

James also serves as chairman of the Prepaid International Forum (PIF), a trade association for the prepaid financial services industry. Shortly after the vote, PIF urged the U.K. government to protect U.K.-based financial services providers by doing everything in its power to maintain the U.K.’s access to the single market and the passporting arrangement.

“There will likely be two years of legislative planning followed by a two-year implementation period,” PIF Commercial Director Diane Brocklebank, told Paybefore prior to the final tally. “There may be further transitional provisions after that,” she noted.

Pollsters leading up to the vote had the results close, but with the U.K. ultimately deciding to stay within the EU. Voters, however, decided to leave 52 to 48 percent. Prime Minister David Cameron, who was in favor of remaining a member of the EU, announced his resignation and said he would step down by October. Interestingly, key “Leave” proponents also are backing away from the spotlight. Nigel Farage, said he would resign his post as head of political party Ukip and former London Mayor Boris Johnson decided not to stand for prime minister in October.

The president of the European council, Donald Tusk, warned that the U.K. would have to accept the EU rules on free movement of people, if it wants access to the single market, according to a report in The Guardian. “We will not sell off our freedoms and there will be no single market ‘à la carte’.”