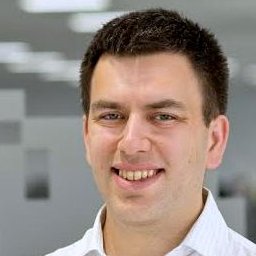 The support offered includes refining concepts to strengthening business models within a flexible timeframe determined between the mentor and the start-up.

The mentors will come from all areas of Lloyds and will be matched with start-ups according to their needs and expertise in the areas of business development, technology and marketing. The aim is to initially enrol 100 mentors to work with the same number of start-ups.

Marc Lien, innovation and digital development director at Lloyds Banking Group, says: “The mentoring programme is an opportunity to boost our support to the UK as one of the main fintech hubs.”

Initially, Lloyds says companies will be identified through its relationships with its partners at Innovate Finance, who recently launched a mentoring programme, and with Startupbootcamp through its accelerator programmes.

Lloyds says it has also established collaborations across women in fintech networks such as FemTechLeaders, through which start-ups can be identified. It aims to latterly launch a bespoke platform where start-ups can register their interest and summarise their reasons for seeking mentorship and the areas they would like support in.

Lloyds adds that through its Startupbootcamp Fintech, it has already seen 19 start-ups graduating, with an average valuation of £2.4 million.