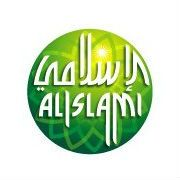 The BWise GRC platform will support DIB, the largest Islamic bank in the United Arab Emirates, to continue monitoring and managing its risks, compile and present reports for the board, senior management and regulatory authorities.

Mohamed Abdulla Al Nahdi, deputy CEO at Dubai Islamic Bank, says: “Nasdaq BWise was selected because of its user friendliness in one integrated GRC platform. In this way the compliance, risk and internal control departments will all have access to the right information from one single source.”

DIB was established in 1975, and says it is the first Islamic bank to have incorporated the principles of Islam in all its practices. The bank currently operates 90 branches in the UAE.

The bank has also established DIB Pakistan Limited, a wholly owned subsidiary which has a network of more than 200 branches across 62 cities in Pakistan.

In Jordan, DIB operates through Jordan Dubai Islamic Bank, and it holds a 40% stake in PT Bank Panin Syariah in Indonesia.

In an opinion piece for Banking Technology, Ladd Muzzy, principal at Nasdaq’s BWise, wrote about “The banking balance: technology and informed risk decision making”, discussing how to strike a fine-tuned balance between technology, expertise and business sense.