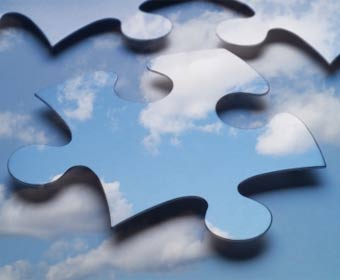 Merging tech, avoiding “turf wars”, embracing change, careful planning and ensuring alignment between the companies – there is plenty to think about in any merger and acquisition (M&A) deal to ensure its success. Some relief, however, might come in the form of a cloud. When and how should this technology be applied? Banking Technology contributor, Graham Jarvis, explores.

Transactions for European M&As are set to increase from $621 billion to $936 billion by 2017, says Sebastian Krause, general manager for IBM Cloud Europe. A strong US dollar is likely to be one of the causes of this growth in activity, which is supported by what some analysts consider to be a positive monetary policy. Markets that will show particularly strong M&A activity include Spain, Italy and Germany.

Deloitte believes that technology is going to disrupt the banking and insurance sector, but Marko Wenthin, board member and co-founder of German bank solarisBank, told the Financial Services Club in London at a recent gathering that this presents more of an opportunity than a threat. He believes that banks, whether they are involved with an M&A or not (and there is plenty of fintech M&A going on at the moment), should work with fintech companies to develop new business models and processes to innovate quicker than they traditionally are able to do.

Even stock markets aren’t immune to M&A activity. The planned merger between the London Stock Exchange and Deutsche Börse is expected to create a £21 billion trading giant, but at the cost of the loss of 1,250 jobs in London and Frankfurt in mainly technology roles. Both companies say they should be able to make cost savings of €450 million a year, which is about 20% of the combined group’s operating costs of €2.2 billion in 2015. However, in spite of this cost-focused efficiency drive they expect to create 550 new jobs as part of their international expansion plans.

Bloomberg has recently reported that Abu Dhabi’s planned merger of two of its largest banks could become the biggest M&A deal in the Middle East – if it concludes. The reference is to the prospective deal between public joint stock companies – the National Bank of Abu Dhabi (NBAD) and First Gulf Bank (FGB) – as a merger of equals. Yet it would be transacted as a takeover by NBAD of FGB.

According to the Bloomberg report, both organisations have recently announced that they are in talks “to create the region’s largest lender with assets of about $170 billion and a combined market value of almost $30 billion”. The emirate is backing the deal, as it would like to create a bank that is able to compete with Qatar National Bank (QNB) for overseas expansion.

Sanjay Uppal, who was CFO when Emirates Bank and National Bank of Dubai merged to form Emirates NBD in 2007, claims the deal could lead to revenue synergies of 6-12%, as well as cost synergies of 28%.

So these examples show that companies generally are using M&A to grow, to achieve economies of scale, expand product portfolios, globalise and to diversify. But they can only do this by creating synergies between them.

Whenever two entities need to integrate, business change is likely to occur. This change can lead to the success of a prospective or actual M&A deal. The IT departments of the merging organisation will most likely need to re-organise themselves to develop a new strategy and to ensure the disparate systems work seamlessly and efficiently together.

Campbell Williams, group strategy and marketing director, Six Degrees Group, explains: “M&A in any industry is always the pursuit or in part of cost synergies and so it isn’t so much the survival, but it is about the probability or the inevitability of restructuring”. He adds that sometimes the deal may have been done “with some structural logic in mind”. The two organisations may also need to respond to competitive threats – such as new merged organisations become more aligned with it and modern working practices.

David Trossell, CEO and CTO of data acceleration company Bridgeworks, comments and asks: “It is inevitable that there will have to be change and restructuring; so do you blast your way through or consult with the team?” By investing now, he says, there could be greater benefits down the line for the newly merged organisations. At the end of the day, a successful M&A can only occur if the old adage of “people, process and technology” is considered throughout the process.

“The most successful part will be defined by the people and how you bring them to the merger,” says Trossell. The problem is that in some cases, he’s found that the two merging entities engage in a war to protect their own environments. This may, for example, involve a turf war between two IT departments who may each be insistent on their own IT startegy, failing to consider one implemented by their counterparts in the other organisation. The fear of job losses is often the cause of this type of behaviour, and IT is often one of the first departments to face such cuts, and the encouragement of the natural wastage of older employees. So the two departments can be made to feel like they are forced to compete for their livelihoods, rather than be motivated for a new challenge.

Cost efficiencies of this kind can also have an overall negative impact on the newly merged organisations through the loss of knowledge and skills. Staff lost through redundancies may end up working for a competitor, leading to a loss of competitive advantage. Nevertheless, Trossell thinks that for an M&A to be successful, whether cross-border or not, the “people on the ground” as he puts it, have to work closely together.

Even if there are to be job cuts, the goals and objectives of the new organisation need to be sensitively and clearly communicated. However, rather than being about cost reduction, mergers and acquisitions could, in his view, be more about cost expansion – driving sales through increased short-term investment to achieve greater long-term productivity and profitability. Cost expansion might also be about investing in the people on the ground; they are the ones who will make it happen because a merger or an acquisition can’t simply be imposed on employee by edicts from the new Board. 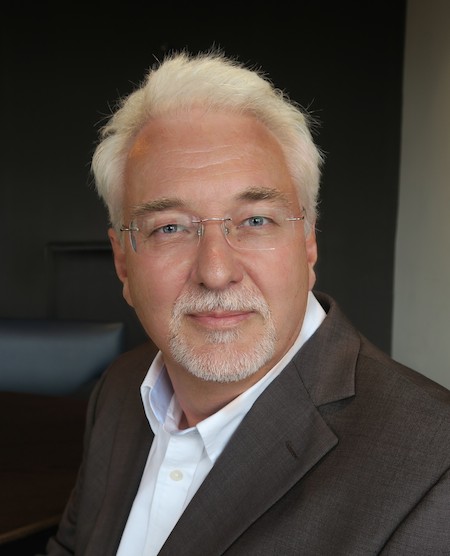 David Trossell, Bridgeworks: cloud tech can help if you are going to roll out one platform across the two organisations

While technology integration and consolidation is often a vital element of the success of an M&A project, Six Degrees’ Williams agrees that it can’t be the driver of success on its own. “The success comes from what you are going to do with the technology, and a cultural or market shift may suggest that the organisation is going to do things differently.”

Trossell says the technology has to be right, as does the cultural and strategic fit of the merged organisations. “There are normally cultural and procedural differences, and so it may be necessary to run the two platforms for a time as you may not be able to merge them into one in the short term,” he explains. In his view, this offers an opportunity to implement something for the future to create longer term savings, but he stresses that there is not a single plan for all mergers. So, intelligence gathering is the first stage needed to create a new strategy.

Brand and brand protection, for example, is everything. Bridgeworks’ Trossell explains: “Look at NatWest and RBS; they had some huge outages because they failed to invest in IT, and some of their upgrades went wrong to the point that it brings into question whether customers can trust them.”

With bank branches increasingly closing, he asks: “How many times can you allow internet banking to go down?” With internet banking overtaking face-to-face interactions, he claims that “these outages can damage your brand, and people will only accept this so many times as it is so easy to switch banks these days”.

While banks have been traditionally wary of everything “cloud” – particularly with regards to public cloud for perceived security concerns, Trossell says this technology can help if you are going to roll out one platform across the two organisations. He suggests that IT should also ask:

“Cloud should be looked at as another tool that you can use, and so if you use cloud intelligently it can give you some breathing space to help with migrating data, applications, etc”, he explains.

The merger will need to consider things such as disaster recovery plans, and the location of disaster recovery sites and datacentres. This is particularly pertinent if there is a cross-border merger because network latency will inevitably increase unless it is mitigated, and a slow network can lead to financial losses and reputational damage. Yet with the right solution, the cloud can enable banks to get to market more quickly, and it can permit security features to be implemented more easily than on-premise systems will often allow. He adds that it can also enable innovation and solve short-term resourcing issues.

“Merging disaster recovery solutions is an absolute must and the most important thing about back-up and recovery is the recovery – having a single solution across all platforms to reduce risk during the recovery process,” states Trossell. For cross-border business continuity, there should therefore be two sites set far apart from each other, and for disaster recover there should be three sites. They should never reside in the same circles of disruption to ensure that an international bank, for example, can continue to operate whenever a man-made or natural disaster occurs. However, the further apart the disaster recovery sites and datacentres are, the more latency will increase.

“The average network latency is 300ms between London and Sydney and this will seriously affect any application or data transfer”, he says. If you are using disaster recovery and cross-site replication, he then advises that latency is a key factor that must be considered whenever a cross-border or even a domestic merger is in progress because:

“You could end up with near zero transfer in terms of data, and if you are doing data transfer you should have tools that mitigate the effects of latency on anything above 5ms.” So the specialist technology and the cloud – along with careful planning, good change and people management – can ensure M&A success providing that there two merging organisations are walking in the same direction from the outset.