China: where the digital payments action is 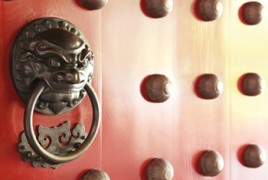 Earlier this year a couple of surveys were released indicating that the real action in digital payments is in China. This shouldn’t be surprising: China’s economy continues to grow (despite doomsayers predicting a coming “crash” for at least a decade) and the Chinese government is investing billions into science and technology.

The fruits of this investment are becoming apparent. Chinese university graduates are twice as likely to have studied a science, technology, engineering or maths subject than their US counterparts.

In December last year the World Intellectual Property Organisation said applications for patents from China outstripped the combined total of its next closest followers, the US and Japan. This all bodes well for China to emerge as a significant player in knowledge-based industries such as financial technology and in digital payments.

About 98% of the respondents in China said they had made purchases online. The majority of them did so via computers, but the number using mobile devices for shopping is growing fast and is significantly higher than the average in other surveyed countries.

One of the most significant ecommerce players in China is Alibaba, a home-grown company launched in 1999 that provides consumer to consumer, business to consumer and business to business sales services online. It also provides electronic payment services, a shopping search engine and data-centric cloud computing services. Speaking to Nielsen in June 2015, Alibaba chief executive, Daniel Yong Zhang, said a digital platform enabled the company to understand its customers and be able to develop products based on demand. He described this as consumer to business, rather than business to consumer.

He also believes strongly that ecommerce and traditional retail can be integrated to create digital businesses. “I don’t think bricks and mortar competes with ecommerce,” he said. “They can collaborate and by doing so, combine the digital economy with the real economy.”

This is an excerpt. The full article is available in the July/August 2016 edition of Banking Technology.