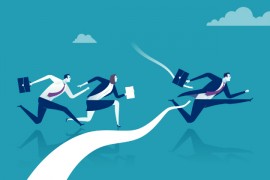 Challenger banks: the race is on

It has been a couple of weeks of important announcements in the challenger banking space, with some interesting long-term trends emerging in the sector.

Two new challenger banks have received their banking licences in the past week. Berlin-based Number26 renamed itself N26 and received its full banking licence from the European Central Bank and German regulator BaFin after 18 months of operation and with over 200,000 customers on board. UK-based Starling Bank also received its current account-only banking licence in 18 months and is planning to launch in January 2017.

There are five other UK challenger banks currently midway through their application process with the Prudential Regulatory Authority (PRA) and 14 of them engaged in pre-licence talks.

With some of the earlier entrants – like Tandem, Atom, Masthaven, Oaknorth and Hampden & Co – having already received the green light from the regulator in the past year, this is turning out to be one of the most crowded fintech markets anywhere in the world. The majority of these challengers are competing to capture the same group of customers –“millennials” and tech-savvy mobile banking users.

At the same time, the new entrants are keen to set themselves apart with distinctive value propositions – for example, CivilisedBank (currently going through the licence process) plans to offer products specifically for SMEs.

First Global Trust Bank (FGTB), which has recently been granted a restricted licence, describes itself as “a simple, narrow wholesale bank”. Its business model does not cater for retail deposits or current accounts.

The Services Family Bank aims to solve the unique problems of a unique target market – armed forces personnel who are constantly on the move. This model has, in fact, already proved extremely successful with USAA, which similarly caters to military personnel in the US, becoming one of the most innovative and respected financial services providers in the country.

But it is not just the immediate target market segments that are setting challenger banks apart. The banks are also making bold offers to their potential customers, enticing them with lower rates and various monetary incentives.

Tandem is promising to do away with overdraft fees, by stopping card use completely on reaching the set limit. Fidor offers monetary bonuses to customers who are active on their community pages and social media. Starling promises to offer AI-based spending patterns analysis to have better control of customers’ finances. Mondo’s app picks up spending anomalies like abnormal bill amounts and geolocation-based visualisation of spending.

What is not clear-cut though is how much of this differentiation is made by their choices of technology – including the decision to bring in technology from fintech start-ups and/or established vendors versus doing it all in-house.

Furthermore, with traditional banks increasingly becoming interested in this market and launching offerings specifically for millennials, mobile users and niche audiences – this will definitely be a highly competitive and challenging space to watch for all fintech players.

Click here for a detailed analysis of challenger banks in the UK and the tech they use.