Changing customer habits and major technological advances in banking have resulted in the following:

“By far the biggest rise in digital services is the use of mobile apps, which the report puts down to the speed in which people can access their information and make transactions,” the report states.

“We are in the midst of a consumer-led revolution in the way we do our day-to-day banking,” states Anthony Browne, CEO of BBA. “Customers love the new technology that is allowing us to bank round the clock. The choice now on offer from banks has put customers firmly in the driving seat on the way we bank.”

“It’s a challenging but truly transformational time for banking,” adds Robert Cubbage, UK banking and capital markets leader at EY (which supported the production of the Way We Bank Now report).

This is expected to continue for the next five years, with 185 million visits in 2021, the report predicts.

However, the number of overall customer interactions with their bank – across all digital and physical channels – has risen since 2011 and is expected to rise into 2021, from 2.3 times a month to 6.3 times respectively. 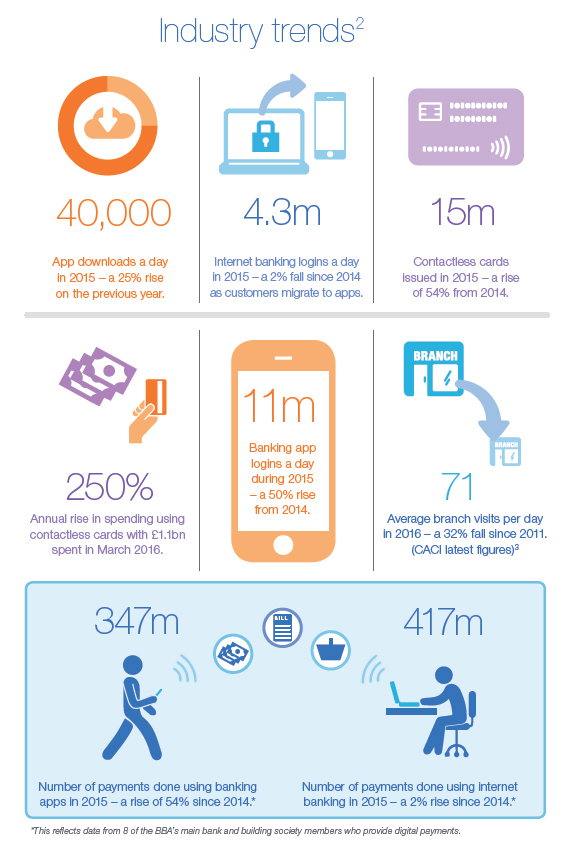 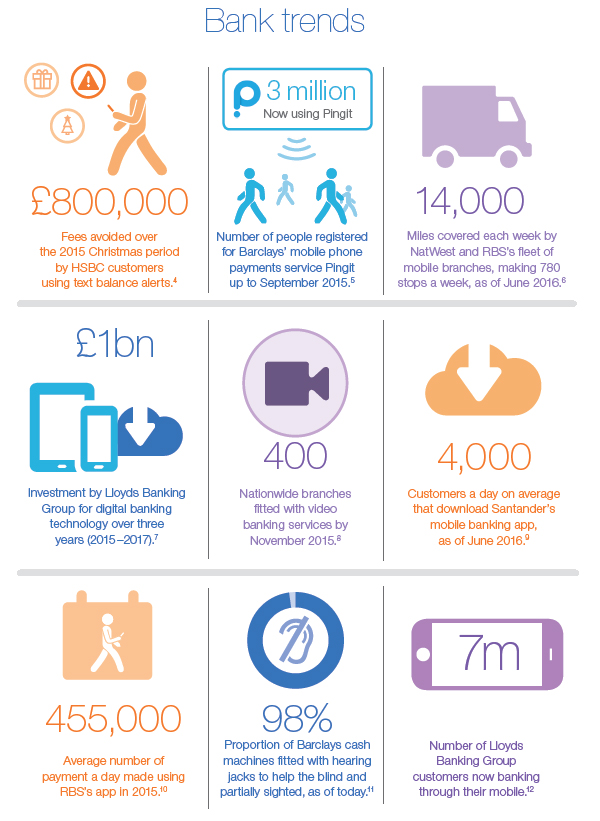