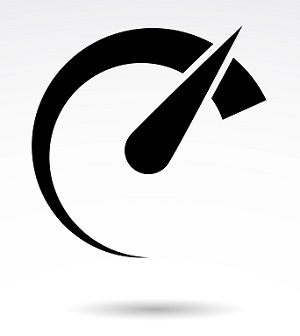 Though the focus for most faster payments initiatives primarily has been on P2P and B2B real-time payments, the technology has yet to really be implemented for POS and e-commerce transactions. London-based international payment provider VocaLink and its Zapp technology subsidiary are looking to change that.

VocaLink has introduced the Pay by Bank app and with the backing of the biggest financial institutions in the U.K.—namely Bank of Scotland, Barclays, Halifax and Lloyds Bank—which will be offering the mobile app to their customers. Several major retailers also have confirmed their support of the app, according to VocaLink.

When consumers use the app to make purchases in-store or online, the funds are transferred from customers’ accounts to merchants’ accounts in real time, and customers can view their account balances before they pay. The payments process uses tokenization technology, which replaces payment account information with a secure token that restricts how it can be used with a specific device, merchant, transaction type or channel. Added security is provided by the banks, which use their security methods to verify consumers when consumers are registering for the app or making purchases.

“Faster payments are good for merchants because they are cheaper and the merchant is guaranteed immediate payment—card companies charge for those two factors, guarantee and immediacy,” said Samee Zafar, a director in the London office of Edgar, Dunn & Co., in the Fall 2015 edition of Pay Magazine. It’s unclear how consumers may react since there are no chargebacks, but the push for real-time payments is under way in several countries.

Barclays will be the first to launch Pay by Bank in the fall, with the others expected to follow shortly. “With the introduction of the Pay by Bank app features, mobile payments to merchants are going to be even simpler and more secure for customers,” said Darren Foulds, Barclays managing director for Pingit. “We can’t wait to launch the service and give our millions of Pingit users the opportunity to pay a range of retailers instantly without having to input or share their bank account details.” Pingit is Barclays P2P service.

VocaLink has been driving the U.K.’s Faster Payments Service since 2008, and last year signed an agreement with The Clearing House to develop a national real-time payment service in the U.S. Vocalink is owned by 13 banks, including Barclays, HSBC, Lloyds and RBS, which collectively control 80 percent of the company. Last year, the company processed approximately 11 billion transactions in the U.K., with a value of £6 trillion (US$8.5 trillion).