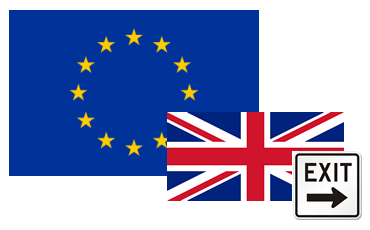 The people have decided and the U.K. is splitting from the European Union, raising serious concerns for the payments industry. Among those concerns is how passporting will work when the U.K. is no longer part of the EU since the majority of European e-money issuers have licenses in the U.K. that they passport elsewhere. Fifty-two percent of voters opted to bow out, or “Brexit,” as it’s commonly called.

“No one has ever left the EU before, so naturally there are concerns, in particular, on whether the passporting regime will continue to exist if the U.K. decides to leave the EU,” Diane Brocklebank, commercial director at the Prepaid International Forum, told Paybefore prior to the results.

In the wake of the vote, Prime Minister David Cameron, who was in favor of remaining a member of the EU, announced his resignation and said he would step down by October. Also, the British pound had fallen more than 10 percent to its lowest point (US$1.35) in more than 30 years. The currency has gone up slightly in value to US$1.37 at press time.

Prior to yesterday’s historic vote, Martin Koderisch, manager at the London office of Edgar, Dunn & Co., outlined possible scenarios a U.K. exit from the EU might affect passporting. Some of those scenarios include rejoining the European Economic Area as a member of the European Free Trade Area (EFTA), which would keep passporting policies status quo. “However, there is a gulf between the EFTA and the EU in terms of financial services regulation and this is likely to widen over time,” he said. Another option is a free trade agreement between the U.K. and the EU, which Koderisch says “probably offers both sides the best chance for a mutually desirable outcome” because it could be a single deal instead of piecemeal agreements.

“Brexit” could take on a new meaning with the U.K. leaving the EU—businesses might pull up stakes to relocate to a country within the EU to continue to use its passporting rules—although it would require applying for a license in that country.

“Another country, say Ireland or Netherlands, may become the place for payment companies to cluster and access the EU,” Koderisch suggests. “Prudent companies probably need to review their strategies and consider alternative plans.”

Despite the outcome, it will be several years before any legal changes regarding Brexit take effect, according to Brocklebank. “There will likely be two years of legislative planning followed by a two-year implementation period. There may be further transitional provisions after that,” she noted.